For our year-in-review, we provide the date of the edition that each story ran in as well as it’s headline, followed by a brief synopsis of what the story is about. For full stories you can visit shoshonenewspress.com and search each headline.

Jan. 4 Save your fork, there’s pie! — Mae’s Market in Smelterville celebrates its grand opening on Dec. 21. Owner LeMae Prentice is thrilled to bring a new twist to the market that has operated in the town for many years.

Jan. 7 Airport shooter pleads not-guilty — Joshua D. Forrest pleads not guilty to charges of aggravated assault and discharging a weapon at an aircraft, stemming from an incident on July 17, when he reportedly abandoned his vehicle and trespassed onto Shoshone County Airport Land. At the time, wildland firefighters were using the airport as a staging area for operations.

Accusations leveled in RV PARK appeal — The BOCC presided over a public hearing on Jan. 5 regarding an appeal of the recent decision by the planning and zoning commission. P&Z approved a conditional use permit for a multi-space RV park near Burke Road in June.

Jan. 11 Lookout for Fourth of July — In Shoshone County, local officials and truck drivers warn of dangers on both mountain passes.

KSD seeks applicants for board vacancy — Kellogg School District Board of Trustees began their search to replace Todd Sheppard for Zone 1.

Jan. 28 Welch pleads guilty to wire fraud — Trina Welch agrees to a plea agreement with the United States Attorney’s office in which she confessed to one count of wire fraud. Hired in 2012 as the chief accountant for Kasco, Welch stole approximately $3.6 million from the company over the course of six years.

Base Camp Coffee, A Family Affair — Base Camp Coffee celebrates its grand opening on Jan. 28 near the gateway to the North Fork of the Coeur d’Alene River.

Feb. 11 Oxendine appointed to Shoshone Magistrate Seat — Longtime Shoshone County prosecuting attorney Keisha Oxendine is appointed to the vacant magistrate judge position for Idaho’s first judicial district. This seat was vacated by Barbara Duggan when she took the role of the district judge.

Feb. 22 Wrestlemania — Kellogg High School sends 12 wrestlers to the state championship along with one from Wallace, following the district tournament.

March 1 Rapist gets 180 days in jail, probation — Gregory Ingalls is sentenced to 180 days in jail following a plea deal with out-of-county prosecution. Sheriff Gunderson voices his displeasure following the ruling.

March 11 Kellogg, Wallace, school levies pass by healthy margins — Seeing low voter turnout, the KSD replacement supplemental levy was passed with 66% of the vote. The WSD levy was also approved with 74.84% of the vote.

Lynn in, Hill out on WSD board — Despite being voted in on a previous board meeting the previous month, Joe Hill would not be assuming a role with the Wallace School Board. In part to a procedural violation. Educator Amy Lynn takes the position.

Doerschel comes back to her Wallace roots as new branch manager — Gina Doerschel is tapped to lead the new branch of Mountain West Bank in Wallace.

March 15 Back to back Belle of the Bartenders Ball — The Silver Corner Bar in Wallace takes top prize at regional bartenders competition in Coeur d’Alene while supporting animal care group.

March 18 Let’s talk mining — Representatives of the various mines throughout the Silver Valley speak at a special Silver Valley Chamber of Commerce after hours event on March 16.

March 29 BOCC denies land vacation — Following a petition to the Board of County Commissioners to vacate a place of land near Potlatch Road in southern Shoshone County, the Commissioners decided to deny the vacation due to Buel Bros. Inc. having their initial petition handled unfairly.

April 1 Here come the Fightin’ Hucks! — The Shoshone News-Press reports, in what many would say is a longtime coming, the three established school districts joined together — ushering in a new identity for the community as a whole. The Silver Valley community is overjoyed with the announcement and the new Huckleberry mascot. (April FOOLS)

‘Insufficient evidence’ kills road validation — The BOCC denied a petition on March 29, to validate a portion of Weyer Gulch Road, due to a lack of evidence.

April 8 BOCC to investigate property along St. Joe — Following the BOCC’s decision to deny a petition to vacate or abandon a portion of land in Southern Shoshone County. County officials reexamine land claims.

April 12 Moon Pass tunnel to be fixed — Tunnel 34 on Moon Pass is damaged and cannot be used until repairs are made – barring travel between Wallace and the St. Joe region.

April 15 Crash into South Fork yields DUI arrest — Amanda Williford is charged with driving under the influence after crashing her Hummer into the South Fork of the Coeur d’Alene River with an infant passenger.

April 22 Disaster averted — Idaho Department of environmental quality springs into action after a tree falls and lands on a section of pipe that carries mine tailings from the Galena Mine to their disposal area.

April 26 Locals have strong showing at Leadman 2022 — The annual Leadman triathlon saw 281 participants come from as far away as North Carolina and Alaska.

April 29 BOCC denies Pine Creek validation — The BOCC shot down a petition by Paul Loutzenhiser and the North Idaho Trailblazers with the goal of getting the section of land annexed into BLM management.

May 3 Fifty years later… The Shoshone News-Press dedicates an entire edition to the 50th anniversary of the Sunshine Mine disaster.

May 10 Passing the torch — Shoshone County Fire District No. 1 Captain John Miller is appointed the new chief following the retirement of Aaron Cagle.

May 20 Local incumbents shine on primary election night — All of the incumbent county officials on the 2022 ballot defend their positions as they stave off challengers within their party, in the May 17 primary election.

May 24 KSD’s talented drivers show out during bus rodeo — Dakota Malloux takes the top spot, finishing ahead of the other participating six drivers.

May 27 “Almost like they lose their will to live” — Old dance academy in Osburn is demolished. 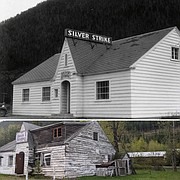 June 7 “We are having a baby” — Casey Vincent participates in the miracle of birth near the bottom of Fourth of July pass.

$10,000 reward offered in missing persons case — Family of Brian Shookman offer reward for information regarding his whereabouts. The reward has not been claimed.

June 17 Silva found guilty of rape — 24-year-old Logan Silva is found guilty by a Shoshone County jury after pleading not guilty to rape in December 2020. 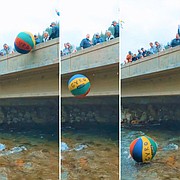 July 1 Arrest made in Smelterville Murder Case — Stephanie Paris was charged with murdering her boyfriend after Shoshone County Sheriff’s Deputies conducted a welfare check at her home on Aug. 29 and discovered the boyfriend’s body.

St. Maries shooting suspect arrested — The primary suspect in the Aug. 29 shooting in St. Maries was arrested in Calder.

Pinehurst Man charged in child abuse case — Sean Reed, 31, was arrested on Aug. 28 for multiple counts of felony injury to a child. Reed allegedly had abused a 3-year-old.

Former MSD Employee charged in battery case — Constance King was arrested for sexual battery of a minor child, 16 or 17 years of age.

July 15 Osburn mayor breaks tie allowing chickens — Chickens are allowed in Osburn! Following months of debate, Osburn ordinance No. 302 was passed by the Osburn City Council and Osburn mayor to allow chickens inside the city limits.

Not It — A particularly troublesome stretch of water on the North Fork of the Coeur d’Alene River had been responsible for several near-drowning incidents, and officials struggled to determine how/who should rectify the situation.

July 19 Wallace opens new dog park — After weeks of planning and working, the new Wallace dog park at the west end of the Wallace visitors center opened to the public.

July 22 Nobody wins with vandalism — Smelterville was forced to close the park after numerous incidents of vandalism and destruction.

July 29 Fitzgerald to resign next month — Shoshone County Commissioner Mike Fitzgerald formally submits his letter of resignation on July 14, beginning the process of finding his replacement.

Bush trimmers clean up at Mullan Fire Fest — Mullan once again hosted the annual Mullan’s 51st volunteer firefighters’ festival in the heart of town. This year’s winners were the Bush Trimmers.

Aug. 12BASS GETS LIFE — Gregory Bass, who was arrested in January for charges of lewd conduct with a minor under the age of 16, was sentenced to life in prison.

Aug. 16 Tapping in on the fun — Brews Fest. Silver Mountain celebrates 25 years of one of its biggest events on top of the mountain as organizers sold 1,200 tickets.

Lightning storms keep fire crews busy — Another round of lightning storms that recently pushed through the Inland Northwest was responsible for several wildfires kicking up across the local area.

Aug. 19 Hot Damn! — Festival back after hiatus due to wildfire. The Molly B Damn Festival was celebrated in Murray at the end of August.

Aug. 23 Silverton family loses home in fire — Emergency crews were dispatched to a structure fire in Silverton on Aug. 21. The structure was declared a total loss.

Sept. 13 BOCC hears appeal in West Fork, Pine Creek road situation — BOCC heard arguments for and against validating the West Fork on Sept. 8 on behalf of Paul Loutzenhiser and the North Idaho Trailblazers.

Here’s to you, Skip — Skip Robinette is honored by the Shoshone County Sheriff’s Office for his more than three decades of service in law enforcement.

Sept. 27 WSD pays off ‘new’ school — After almost 20 years, the taxpayers within the Wallace School District pay off their $3.63 million bond for Wallace High School.

Oct. 7 Busy week at the courthouse — Richard Rogers Jr. and Logan Silva were sentenced to 15 years fixed, and 25 years respectively.

Oct. 25 Cutting the ribbon at Lion’s Park — The newly improved Lion’s Park in Osburn officially opens for children on Oct. 21. The project is a culmination of community support and hard work from volunteer builders.

Nov. 4 Two arrested following stabbing — Nicholas Baur and Laurel Storey-Baur are arrested following a multi-agency investigation. Witnesses explained that the victim and his alleged assailant were assisting and moving items from a home, when a fight broke out.

Nov. 15 The best of us — Kellogg veterans gather for a ceremony.

Nov. 18 Gold Standard — Mountain Valley of Cascadia in Kellogg recognized as a recipient of the 2022 Gold Excellence in quality award for superior performance in long-term and post-acute care by the American Health Care Association and National Center for Assisted Living.

Nov. 25 Kolar gets prison time at law day — Trevor Kolar receives a unified 20-year prison sentence after pleading guilty to sexual battery of a minor child, 16 to 17 years of age.

Dec. 2 Christmas in a Barn — The Sixth Street Melodrama put on a Christmas Show, and was a smashing success.

Area seniors facing meal reduction — Silver Valley Seniors and Meals on Wheels received word that they would be reduced its delivered hot meals from seven times a week to five. Community gave support.

Rehnborg in as Zone 2 trustee — Mary Rehnborg is appointed to the Wallace School District board for Zone 2 on Nov. 14.

Demolition of old Bunker Hill Mill underway — With the recent acquisition of new mill equipment, the Bunker Hill Mining Corp. demolishes the old mill building to make way for a new one.

Dec. 16 PK Lions volunteers for 65 of service — Robert Fisher and James Bening are honored for 65 years of incredible volunteer service.

Dec. 23 Local kids Shop with a Cop for seventh year — The annual Shop with a Cop event provided 91 Silver Valley kids with a holiday shopping excursion to Walmart in Smelterville.

Dec. 27 Fire destroys Wallace home — A fire rips through a Buena-Vista heights home in Wallace. Fire crews struggle to fight the blaze due to weather conditions.