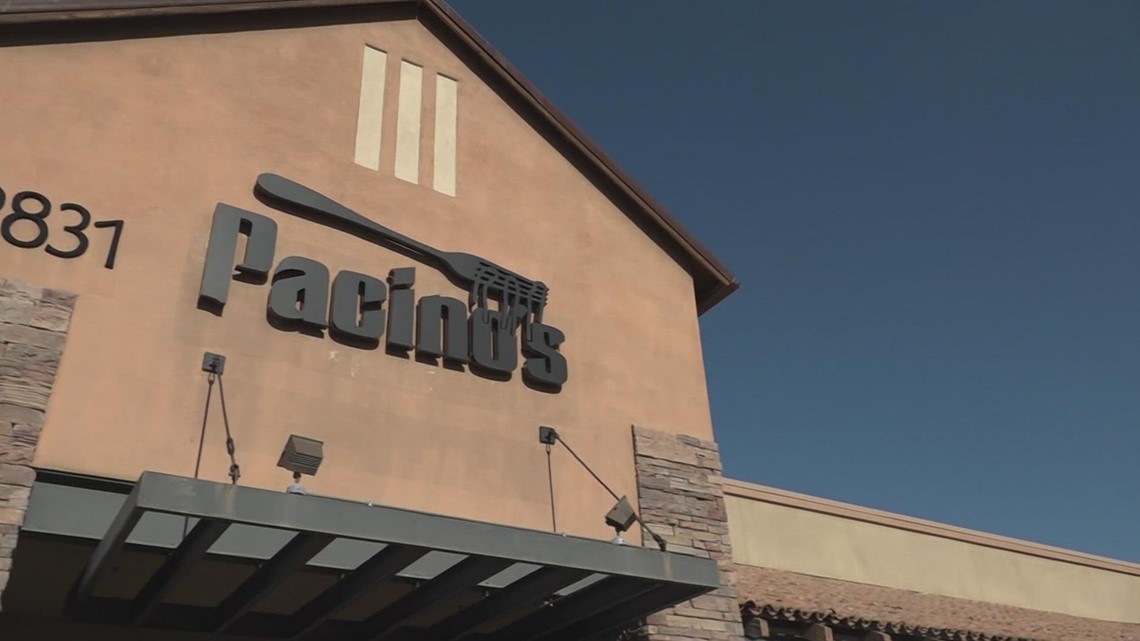 PHOENIX — From the food to the customers, Frank Spaccarelli’s restaurant, Pacino’s, has been a staple in the Mesa community for about ten years.

“Been in the restaurant business since 1985,” said Frank. “I have a lot of passion for it. It’s been a humbling experience here, I have a great neighborhood here that loves me and supports me.”

However, on Tuesday morning, When Frank went to work, he noticed something wasn’t right.

The plates, tables and napkins were all untouched. The doors, though, he found, weren’t locked. “The side door was open also,” Frank recalled.

When Frank checked the registers, one had most of the cash gone, but about $40 in $1 bills was still inside.

“Then I went to open up the cash box that we had quite a bit of money in there to make change and tips for the servers, and I noticed it was empty,” he said.

Spaccarelli’s trust was also robbed. “It’s frustrating because 38 years, it takes the wind out of you sometimes when stuff like this happens,” said Frank.

“They came right for the money. Nothing was moved,” he said. “I’m hoping it’s not someone here inside that’s still working for me.”

Now several days later, Frank’s hoping for answers. He’s also offering a $3,000 reward for any information that leads to an arrest. This might sound odd, but he’s hoping it’ll help someone do the right thing and come forward.

“When the cash box is hidden out of sight,” he said. “Somebody had to know it was there.”

Spaccarelli knows the $1,200 is most likely gone. However, he wants whoever’s responsible for the crime to know they didn’t take away his passion for doing what he loves.

12News reached out to Mesa police for information, but they have not returned our request.