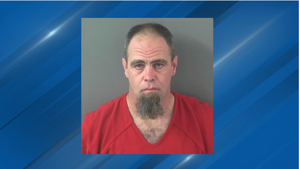 An Elko County man was arrested for animal cruelty on Jan. 4.

The investigation began on Dec. 8, 2022 from an anonymous report that Jon Hickox of Ryndon had 6 horses on his property that were being neglected. When deputies responded to the property they discovered that one of the horses was dead and the others were in extremely poor condition due to not having food or water for an extended period of time.

The horses were in such poor condition that two were euthanized by a veterinarian. The remaining three horses are currently being cared for by the Elko County Sheriff’s Office staff and are receiving regular veterinary care to help them recover. Additionally, three dogs were taken from the property. Authorities say the dogs had been contained in small wire kennels that were full of feces. The dogs did not have access to water in the kennels.

Deputies arrested Hickox for 9 counts of torturing, injuring, or abandonment of animals.