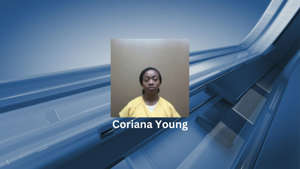 Chief Deputy Chris Ivey said the incident occurred on Sept. 21 while the 1-year-old was being cared for at a residence in Elton. Detectives began investigating on Sept. 27 and an arrest warrant was issued on Tuesday, Oct. 11, for Coriana Renee Young, 27.

Young was arrested by deputies with the Adams County Sheriff’s Office in Natchez, Miss., where she had gone for work, Ivey said.

Young is facing a charge of second-degree cruelty to juveniles.