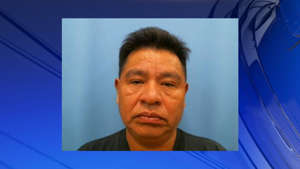 According to the Franklin County Sheriff’s Office, Vincente Ortiz was arrested on two counts of sexual abuse of a child less than 12 years old. Deputies said Ortiz lived with the victims during the abuse. An older sibling of the victims reported it to a teacher at a local school.

The school contacted the department of human resources which then contacted the sheriff’s office. The two victims were interviewed and told deputies that Ortiz would fondle them after drinking.

Deputies interviewed Ortiz, who denied the allegations. Ortiz is in jail on a $75,000 bond.

Investigators also spoke to another member of the household who said she knew about the abuse, but did not report it. She did not give deputies a reason why.

The sheriff’s office is still investigating.

We’ll keep you updated on air and online as we learn more.