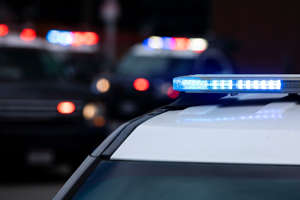 CUSTER COUNTY, Colo. – A man has been charged in relation to an animal cruelty investigation that began in August 2022, according to the Custer County Sheriff’s Office (CCSO).

According to CCSO, 76-year-old Gary Hart of Westcliffe, was charged with two felony counts of aggravated cruelty to animals, after nine wild mustangs were rescued from a property in Custer County.

CCSO said the public has also been notified of an incorrect rumor that surfaced on social media, claiming that one mustang had been euthanized. Deputies said that this is incorrect, and that all mustangs have survived and are under the care of the Colorado Humane Society.

>>Nine wild mustangs rescued and taken in for emergency treatment

The Sheriff’s Office obtained an arrest warrant for the property near CR 358, after receiving an animal welfare complaint on Aug. 27, and later determined that the “mustangs were suffering, and it was an emergency.”

The animals were later transported to an equine veterinary hospital with help from the Humane Society. The veterinarian provided medical care for the mustangs and completed a report for CCSO.