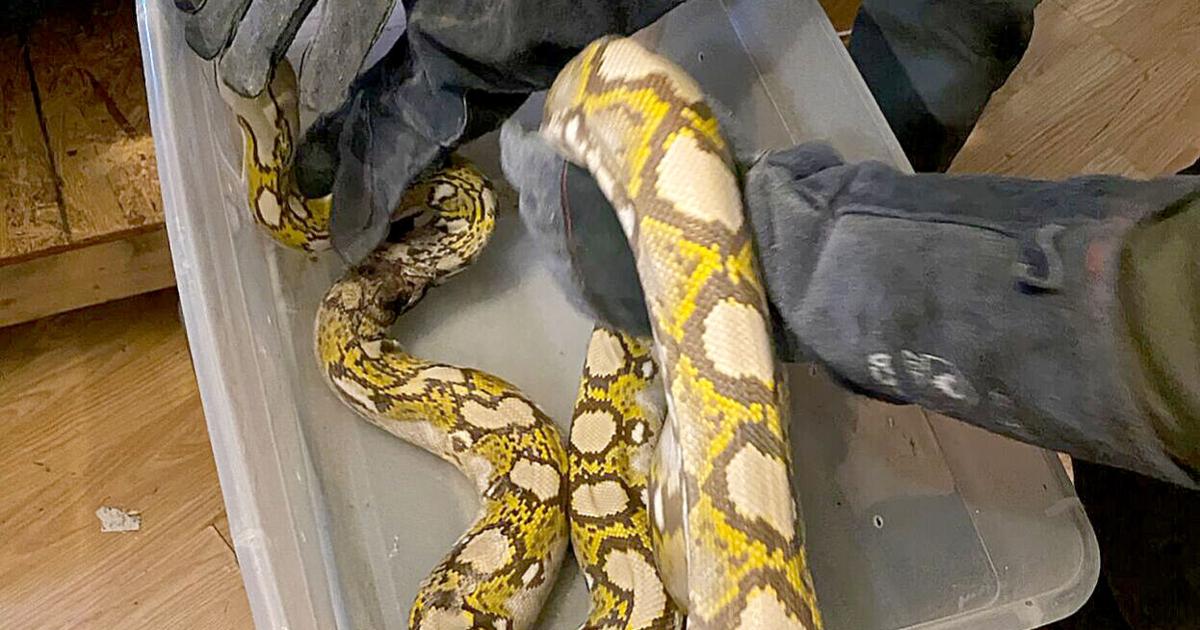 A man accused of neglecting reptiles that had been placed in his care from a previous animal cruelty case has pleaded guilty himself to 44 counts of animal cruelty and one count of holding protected wildlife.

Casey E. Allan was renting property on W. Hwy. 80 in Nancy in December of last year when complaints led the property owner and officials to search the home.

There, they found an estimated 100 dead reptiles and numerous others who were malnourished and dehydrated, or suffering from ailments such as mites and “mouth rot,” according to a Pulaski County Sheriff’s Office citation.

Many of the dead or neglected reptiles were rescued earlier in the year from a Burnside pet store called Tim’s Reptiles and Exotics.

The owner of the pet store, Timothy Charles Lorraine, of Whitley City, pleaded guilty to 34 counts of second-degree Cruelty to Animals.

Lorraine was sentenced in March to a two-year probation and a $100 fine for each count, totaling $3,400.

Likewise, at Wednesday’s hearing Allan was sentenced to a two-year probation and $100 fine for each count, for a total of $4,500, plus court costs.

Should Allan violate the terms of his probation, he would face 365-day jail sentence.

Prosecuting attorney James Acton expressed regret at what he felt was a short probation time, saying, “That’s unfortunately what the legislature gave us. … That’s what the law gives.”

Two years probation is the maximum amount of time allowed for a District Court sentence, he said.

Allan and his attorney, Kaili Lynn, originally requested to submit an Alford Plea in the case, in which a defendant maintains his or her innocence but acknowledges the prosecution has significant evidence against them.

However, District Judge Katie Slone stated the court would not be willing to accept such a plea.

The original citation issued by the Pulaski County Sheriff’s Office stated that deputies charged Allan for animal cruelty “through failure to provide adequate food, drink, space, health care and by subjecting animals in his custody to cruel neglect.”

PCSO personnel, an officer from the Kentucky Department for Fish and Wildlife and representatives from the Wildlife Matters organization, entered the residence in order to rescue any animals and reptiles that could be helped.

The citation notes that “Otis Moore (of Wildlife Matters) stated the putrid odor of the residence was indescribable.”

That is similar to what Wildlife Matters rehabilitator Carol Rivera told the Commonwealth Journal at the time of the rescue, when she described it as, “The smell of death overwhelms you.”

She also said, “There are just cages sitting everywhere, pathways. You have to walk over cages to get to other cages. (There were) dead animal carcasses. Outside the house, he’s got this field. There were 20-foot-long snakes that he threw out there that had died.”

Among the dead animals officials found were geckos, snakes, alligator snapping turtles, a scorpion and a tarantula.

Allan’s charge of Propagation and Holding Wildlife Without a Permit came from the discovery of a Gaboon viper, a venomous African snake which is illegal to own.