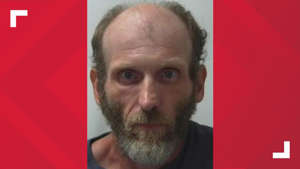 A Marysville man was sentenced to life in prison for the rape of a child under the age of 10 on Thursday.

In November, 42-year-old Jeremy Welch pleaded guilty to rape and illegal use of a minor in nudity-oriented material. The latter charge stems from Welch using a cell phone to record the sexual assault.

According to the Union County Prosecutor’s Office, the video was discovered by family members and turned over to the Marysville Division of Police.

The detective who investigated the incident obtained a search warrant to seize Welch’s phone and computer for evidence. Examination of the computer showed multiple keyword searches for child sex abuse material and multiple images.

The state agreed not to file additional charges in return for his guilty plea on the two counts.

Welch told the detective he “did not know what came over him” in committing the assault. He apologized to the victim, noting that he was also victimized as a child.

The judge imposed a sentence of life in prison with parole eligibility after 15 years – the mandatory sentence for the rape charge.

Welch was ordered to serve an additional four years on the illegal use charge and ordered the sentences to be served consecutively.

He will also be required to register as a Tier III child-victim sex offender with registration every 90 days for life upon his release from prison.