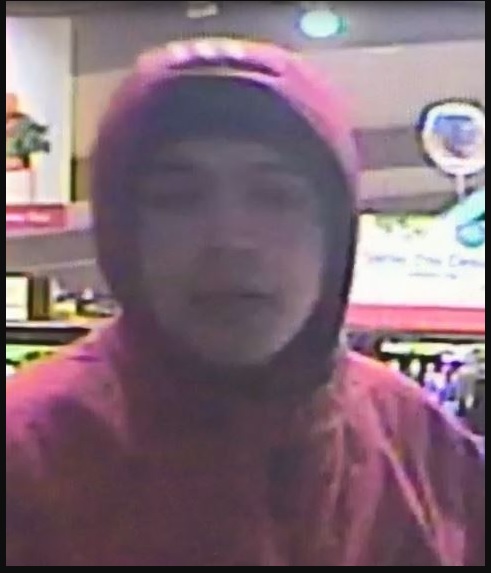 PALO ALTO — Police are offering a $10,000 reward for information leading to the arrest of three suspects wanted for the armed robbery of a Palo Alto Safeway.

One of the three showed a gun to a male employee, forcing him to the ground near the pharmacy, while another suspect smashed the glass of the pharmacy and grabbed prescription drugs, police said. The third suspect acted as a lookout near the front of the store.

The three men were last seen going eastbound on Oregon Expressway in a pickup truck. No one was injured in the robbery.

Police initially received a report just three minutes after the robbery, at 12:41 a.m, including information that a gun had been shot. But it appears the witness might have been confused with the sound of the pharmacy glass door breaking, police spokesperson Janine De La Vega said in a release Friday.

Video surveillance from Thursday night at 9:44 p.m., just three hours before the robbery, showed two suspects who stole food from the store. Police are releasing the images of all of the suspects.

The three suspects in the armed robbery are believed to be men in their 20s ranging in height from 5-foot-7 to 5-foot-9, with medium builds. The one who brandished a gun wore a gray hooded sweatshirt, blue jeans and red sneakers. The second man who broke the glass in the pharmacy wore a yellow hooded-sweatshirt with a Tommy Hilfiger logo, dark pants and black shoes. The third suspect, believed to be the lookout, wore a red-hooded jacket, gray pants and white shoes, police said.

They are suspected to have fled in a red two-door pickup truck, possibly an early 2000 model Ford or Chevrolet.

The $10,000 is being offered through Mothers Against Murder, a Los Altos non-profit organization.

Anyone with information about the armed robbery is asked to call the police’s 24-hour dispatch at 650-329-2413. Anonymous tips can be e-mailed to paloalto@tipnow.org or sent via text message or voicemail to 650-383-8984.