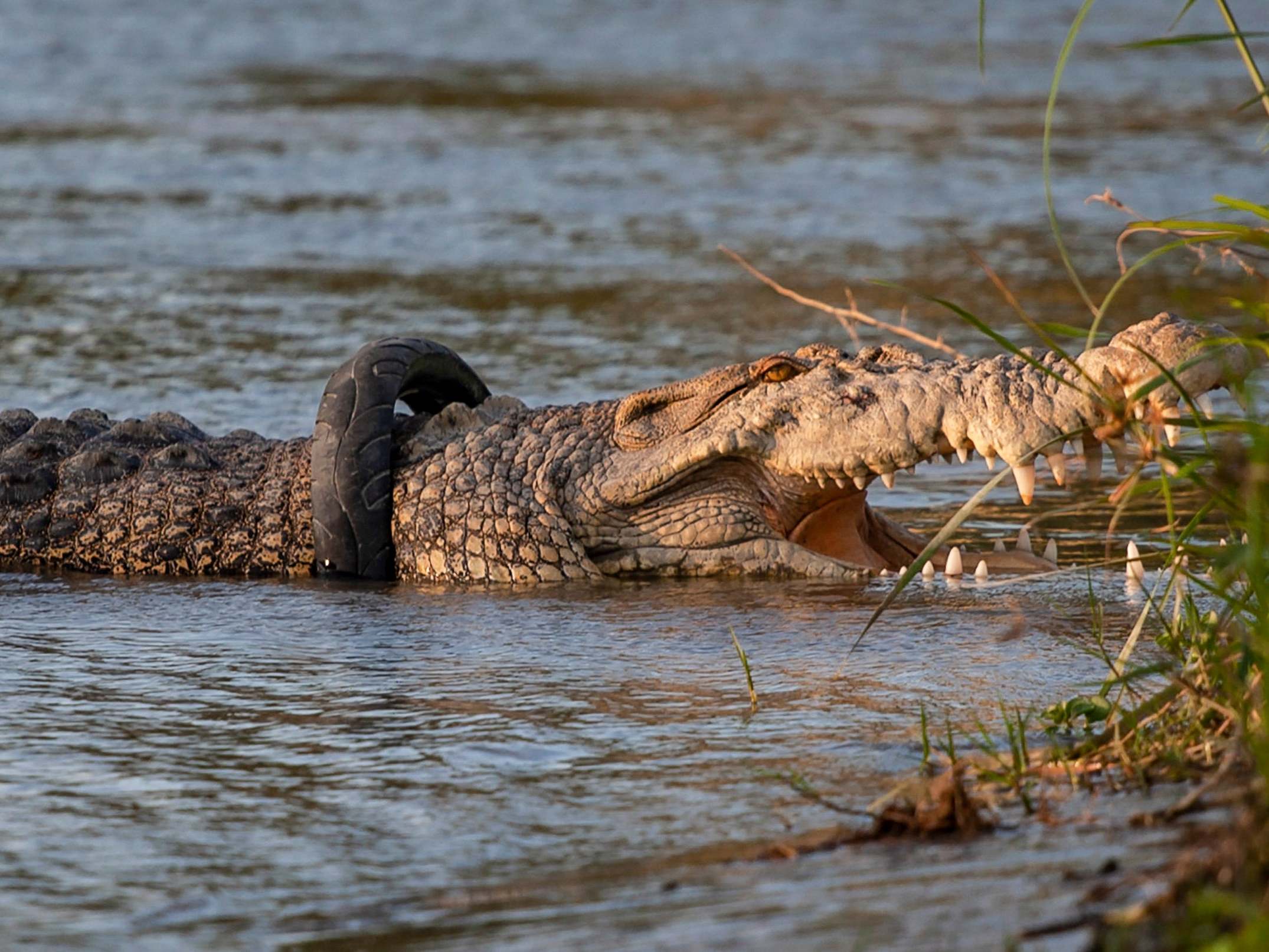 Anyone who succeeds in freeing a wild crocodile from a tyre stuck around its neck in Indonesia will receive a reward from a local conservation group.

The Central Sulawesi Natural Resources Conservation Agency (BKSDA) told local media they launched the “contest” to outsource help in finding and rescuing the crocodile in question.

The four-meter-long crocodile, believed to be a critically endangered Siamese crocodile, has been seen in Palu River and Palu Bay in the Central Sulawesi province and was first seen stuck in the rubber hoop in 2016.

Sharing the full story, not just the headlines

It survived the tsunami and earthquake that devastated the province’s capital city, Palu, in 2018 but the tyre has not budged. Wildlife activists are concerned the reptile may grow and eventually be strangled by the tyre.

BKSDA chief in the province, Hasmuni Hasmar, said: “A reward will be given to anyone who can release the hapless reptile.”

Mr Hasmar did not specify what the reward would entail, but added that previous attempts to free the reptile were unsuccessful.

The group set a crocodile trap with meat to lure the wily reptile before the disasters in 2018 but failed to entice it. They also enlisted the help of a non-profit organisation from Australia but “it also failed to save the crocodile”.

A local celebrity conservationist, Muhammad Panji – known as Panji the Adventurer – also attempted to rescue the animal in 2018 but his efforts were futile.

Central Sulawesi governor Longki Djanggola told the Jakarta Post: “The BKSDA has a lot of work to do, part of it being [the search for] the missing crocodile with the tyre.

“This year it must be caught so it can be released from the tyre.”