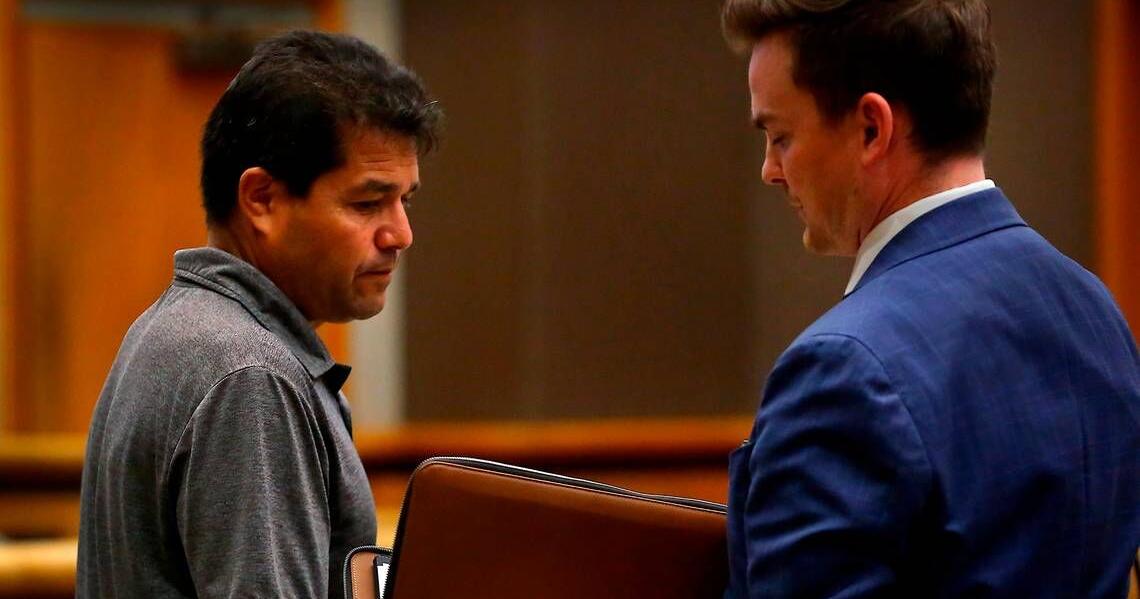 A Tri-Cities priest pleaded not guilty this week to charges he raped a friend after he invited her to lunch.

Prosecutors charged The Rev. Tomás Vázquez Téllez, 49, with third-degree rape with the aggravating circumstance of abusing his position of trust. Vázquez Téllez has been released from Benton County jail on a $30,000 bond while he awaits his Nov. 28 trial.

He has turned over his passport, but there were concerns that he might have a second passport, Deputy Prosecutor Anita Petra told a judge on Thursday. And Judge David Petersen ordered him to turn over the possible second passport. Vázquez Téllez also has resigned from his position at St. Joseph Catholic Church in Kennewick, according to the Diocese of Yakima.

The diocese had allowed him to serve in the Diocese of Spokane at St. Patrick Catholic Church in Pasco before leaving on a three-month study program in Jerusalem. The diocese has since revoked that permission, so he’s not practicing in any church. However, the diocese said he will receive pay and benefits while the case in ongoing.

Vázquez Téllez invited the woman to his Kennewick home on Aug. 19 for lunch, according to court documents.

The two had known each other since 2018 and she described him as a “father figure” and a “spiritual leader she could trust.” As they ate lunch, they drank about two bottles of wine. The woman told police she felt the effects of the alcohol, but still was alert.

Then Vázquez Téllez went into the kitchen and returned with what he called a “dessert wine.” According to court documents, she only drank a portion of the dark-colored liquor and felt very impaired and could not hold her head up. His drink was clear. He picked her up and carried her to his bedroom. She believed he was just going to let her sleep. Instead, he took off her clothes and allegedly sexually assaulted her, according to Kennewick police.

“She told him ‘no’ multiple times, pushed him away, but had trouble holding her head up,” according to the affidavit filed by prosecutors. She said he would stop when she cried, but would then continue, saying everything would be OK. When she felt safe to drive in the morning, she went to another priest’s home and told him what happened. He took her to a local hospital. Hospital officials called police.

Vázquez Téllez allegedly sent her a series of texts over several days apologizing and asking for forgiveness, police said. In an interview with police Aug. 29, he said he blacked out from the alcohol and didn’t remember having sex, but remembered waking up naked with her in bed. However, when asked if she should be worried about getting pregnant, he said no because he remembered certain actions he took during sex.