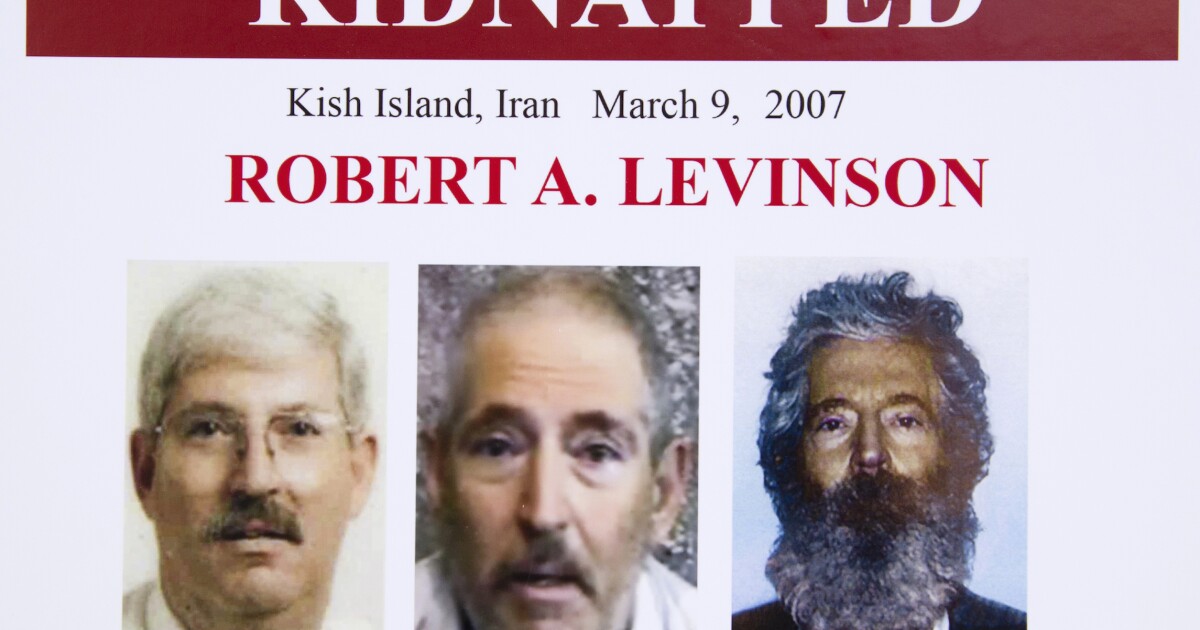 FBI Director Christopher Wray vowed to “keep working doggedly” to find answers about the circumstances of former FBI agent Robert Levinson’s disappearance after the United States concluded he had most likely died in Iranian custody.

Investigators believe Levinson, who spent nearly three decades working for the U.S. government, including 22 years as an FBI special agent, vanished in an abduction by Iranian authorities from Kish Island in 2007. The FBI considered him to be the longest-held American hostage.

“When I met with the Levinson family, we explained that the most credible evidence that we have collected over the past 13 years points to the likelihood that Bob died in captivity,” Wray said in a bureau-wide email on Thursday obtained by multiple outlets. “This does not mean that the FBI has given up on finding out what happened to Bob. We are going to keep working doggedly to determine the circumstances surrounding Bob’s abduction and his time in captivity, to find the answers we all want and that the Levinsons deserve.”

The FBI chief said, “We won’t give up, because we don’t give up on family, and Bob, his wife Christine, and all of their children will always be part of our FBI family.”

Earlier this week, Levinson’s family announced the Trump administration believed he had died in Iran.

“We don’t know when or how he died, only that it was prior to the COVID-19 pandemic,” Levinson’s family said in a statement on Wednesday. “If not for the cruel, heartless actions of the Iranian regime, Robert Levinson would be alive and home with us today … How those responsible in Iran could do this to a human being, while repeatedly lying to the world all this time, is incomprehensible to us.”

“His blood is on their hands,” the Levinsons said.

Iran quickly denied that Levinson died in their custody.

“Based on credible evidence, Levinson has left Iran years ago for an unspecified destination,” Foreign Ministry spokesman Abbas Mousavi said. “In the past years, Iran has tried to find out his state but could not find any signs of him being alive.”

Wray’s comments echoed those of Secretary of State Mike Pompeo.

“Only Iran knows for certain what happened to Bob since his abduction more than 13 years ago,” Pompeo said. “We call on the Iranian regime to provide a full accounting of Bob’s fate and will not rest until all Americans wrongfully detained by Iran are back home.”

Levinson was originally believed to be in Iran as a private investigator, and the U.S. initially claimed Levinson wasn’t working for the U.S. government at the time, though outlets in 2013 revealed Levinson was part of an off-the-books CIA mission when he was captured. No photos or videos had been released of Levinson since 2010 and 2011, and Iran offered a series of conflicting and deceptive narratives denying Levinson was in their custody.

During a White House press conference following the news, President Trump said, “I don’t accept that he’s dead — I don’t accept it.”

“I’m telling you it’s not — it’s not looking great, but I won’t accept that he’s dead. They haven’t told us that he’s dead, but a lot of people are thinking that that is the case. I feel badly about it,” Trump said.

Attorney General William Barr declined to weigh in on whether he believed Levinson was dead on Thursday.

“I have personally monitored that situation and the information about him. Obviously, he’s an FBI agent and that’s of great concern over here as to what his fate was,” Barr said. “But as to what actually, to the discussion with the family, I really wasn’t part of that, and I couldn’t answer that.”

Brian O’Hare, the President of the FBI Agents Association representing 14,000 former and active FBI special agents, said that “the courage that the Levinson family showed over the past 13 years … has been an inspiration to all.” O’Hare said the FBI community “will not forget Bob and will support all efforts to bring to justice those responsible for this horrific crime.”

Levinson’s wife, Christine, and his seven children — Susan, Stephanie, Sarah, Daniel, David, Samantha, and Douglas — thanked the Trump administration for its help and promised that “those who are responsible for what happened to Bob Levinson, including those in the U.S. government who for many years repeatedly left him behind, will ultimately receive justice for what they have done.”

The State Department announced in November a $20 million reward for information leading to the safe return of Levinson, in addition to a $5 million reward offered by the FBI.

A few days later, Iran seemed to acknowledge Levinson was alive and in its custody in a short filing to the United Nation’s Working Group on Enforced or Involuntary Disappearances, but Iran quickly backtracked.

Levinson’s family filed a lawsuit against Tehran in 2017 after the husband and father had been missing for a decade. They sought $150 million in compensation as well as another $150 million per family member in punitive damages from Iran’s government, for a total of $1.5 billion. On the 13th anniversary of Levinson’s abduction this month, a federal judge found the Iranian regime responsible for kidnapping and torturing Levinson.

“We will spend the rest of our lives making sure of this, and the Iranian regime must know that we will not be going away,” Levinson’s family said this week.

“He will never be forgotten,” the Levinson family said. “We will make sure of it.”