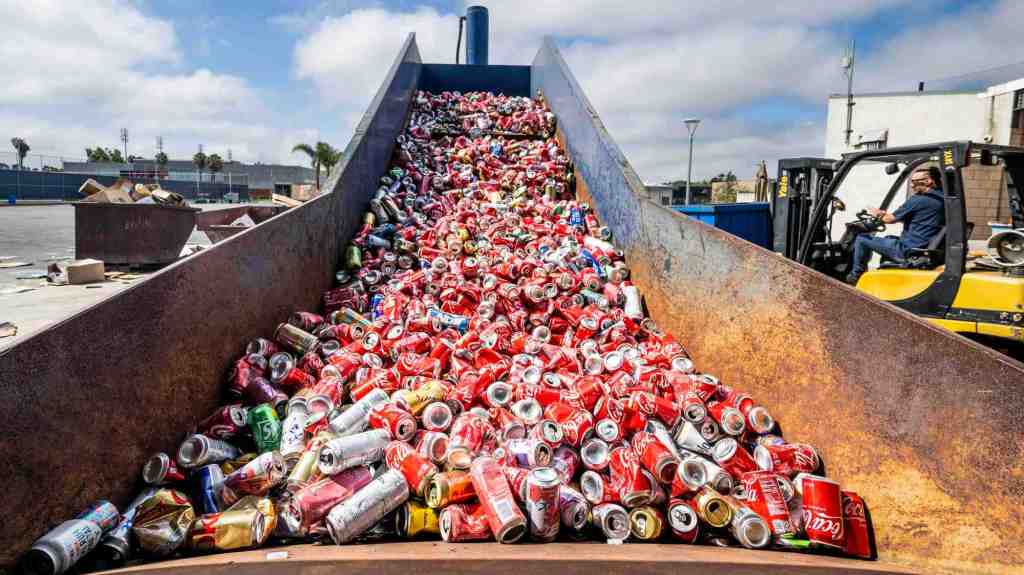 There is, of course, an app for that.

Actually, there are well over 100 apps, for both iPhones and Androids, that claim to help users fight the effects of climate change in some way. Many are buggy, little-used or outdated, since most apps are made by startups that often don’t have support to follow through at scale. Some are little more than greenwashing, using environmentally-friendly claims to hawk products. And some sound promising but aren’t yet available locally — like BlaBlaCar, a carpooling app that can be used in places like Europe and Mexico.

But other apps offer data to show the impact they’re already making. Litterati, for example, claims it has helped inspire people to pick up more than 20 million pieces of trash. Earth Hero says its global users have saved a combined 101 million kilograms of carbon emissions. And Plant-for-the-Planet says it’s helped get nearly 14 billion trees planted.

After testing a few dozen of these over the past six months, I settled on nine (described below) that I’d recommend to Southern Californians who are looking for tips, resources and motivation to be better climate citizens.

None will save the planet. But Joe Ávari, a psychology professor at USC who researches how people make decisions related to climate change, said apps can help people make some positive changes. Users might be inspired to compost for the first time, or eat less meat, or air-dry their laundry. And Ávari believes any choices that are better for the planet are worth celebrating.

The biggest challenge, he said, is keeping people motivated to use these apps when they rarely see any direct results. Many of the apps are gamified, offering badges and the like for making choices that conserve water or cause fewer emissions. But Ávari said those digital rewards aren’t as motivating as, say, perks from diet apps, where there are relatively quick and tangible benefits for sticking with them.

A lot of personal choices that could have more substantial impacts on the climate — such as transitioning to an electric vehicle or installing a heat pump at home — are also complex and require people to make tradeoffs, Ávari pointed out.

“An app can point the way, sure,” he said. “But it’s not a substitute for human decisions and commitment.”

If there are any real-world rewards involved, one of the most common offered by climate change apps is a promise by the developer (or organizations it supports) to plant trees once users earn a certain number of points. But Tara Chklovski, founder and CEO of Technovation, a global nonprofit that helps girls develop tech solutions, said not all tree campaigns are equal. Instead of planting new trees in temperate climates, she said, it’s more impactful to spend that money conserving trees in tropical areas where they grow naturally and can draw down carbon much faster.

“It’s a slightly nuanced argument,” she said, “but any expert will tell you that there are too many initiatives in the climate tech sector where people love silver bullets.”

So, before spending time on an app that makes big promises, Chklovski recommends doing research — and maybe even making your own suggestions for improvement. Since so many of these apps are startups, they often build in features that let users make recommendations or that otherwise support development. The app LiveGreen, which narrowly missed making my top 10 list, even lets you schedule a 15-minute chat with its founder.

A final thing to consider before diving headfirst into using one of these apps is how it might impact any climate anxiety they may be experiencing. Just like calorie counters aren’t recommended for folks with eating disorders, daily carbon trackers might not be wise for people prone to obsessive behavior or who feel extreme anxiety about the state of the planet. But for many people, both Ávari and Chklovski said finding ways to connect with like-minded neighbors, and take meaningful action, can reduce a user’s climate anxiety by making them feel empowered.

If you’re considering incorporating a climate change app into your 2023 routine, here are nine suggestions:

The average American produces nearly 20 tons of carbon dioxide emissions each year. After inputting some basic information about you and your habits, Earth Hero tells you how your carbon emissions compare to others in your area and around the world. It also allows you to set a goal for reducing your carbon footprint, then offers 191 ideas for actions you can take to get there, from using reusable silicone muffin liners to switching your search engine to OceanHero. It’s easy to navigate and has useful graphics, with promises of expanded community features such as live events coming soon.

Food waste poses lots of environmental (and ethical) challenges, from the waste of water used to produce the food to the methane emissions created if it’s left to rot in a landfill. So this app lets you claim a “surprise bag” full of food that would otherwise go to waste from local restaurants. Local offers available on a recent afternoon, for example, including a $3.99 bag from Louie’s Chicken & Fish Grill in Upland, a $4.99 bag from The Coffee Bean & Tea Leaf in Santa Ana and a $5.99 bag from Auraganic Juicery and Cafe in Chino. The app also can tell you how much carbon — and money — you’ve saved over time.

This carbon-tracking app asks you to put your money where your emissions are. Rather than relying on your own estimates of how many miles you drive and how much meat you eat each week, Joro gives you the option of connecting the app to your bank account so it can track how often you purchase gas, fast food and more. It then calculates a dollar amount to “zero out” your monthly carbon footprint by donating to emissions-reduction organizations it pledges to carefully vet, such as kelp farming and biofuel projects. Seeing that dollar amount next to your carbon footprint helps make the impact more tangible.

Many on-the-ground organizations and projects working to combat climate change live hand-to-mouth, relying on one-time donations and grants to survive. Milkywire aims to combat that by pairing “local changemakers” with supporters who commit to a monthly donation. You can opt to support one or more of 71 vetted organizations around the world, from a group working to bring clean water to a needy area in Peru to an organization that supports beekeeping in northern Kenya. Your donation of $5 to $20 will be split evenly between all organizations you choose. Then you can see regular video and photo updates from organizations you support in the social media-style portion of the app.

This app is like a social network, a game and an educational tool in one. It provides a long list of actions you can take to reduce your climate impact, each worth some points. You get four points if you wash your clothes in cold water, for example, and seven if you go without meat for a day. You post a picture when you complete the action, which is visible on a community platform. The app offers badges and medals for racking up points, and there’s an option to join or set up challenges, where you can compete with friends or coworkers to hit certain targets.

Curious about which brand of refried beans at your local grocery store makes the lowest environmental impact? GreenChoice lets you scan bar codes to compare different products, with a score based on issues you care about most. Environmental impacts are one option, with higher scores for foods that require less water to produce and that create less carbon in manufacturing and transportation. You also can browse highest rated products, make shopping lists and read articles about food sustainability. The app is a little buggy to load, and the search function is a bit spotty, but the bar code scanner and other resources work well.

This app from a Seattle-based startup is similar to several above in offering lots of ideas for actions you can take to reduce your carbon footprint, such as listening to a climate podcast or putting reusable shopping bags to work. But it includes some features that make it stand out from the crowd, including links to options for those recommended podcasts and daily challenges. You earn a green leaf for every 10 pounds of carbon averted, which the app explains is equivalent to charging a cell phone more than 500 times. And if you pay $4.99 a month to join GetGreen+ you can use those leaves to financially support projects, such as kelp forest preservation in Palos Verdes.

This app lets you pick causes that are important to you, such as sustainability, clean water and wildlife, and gives you options for actions to help support those causes, such as signing a petition urging companies to reduce plastics, supporting a kids’ art contest for World Wildlife Day, or swapping your mouthwash for one that doesn’t come in a plastic bottle. You can also create opportunities for others if you know of an event, petition or brand they might support.

Need to get rid of clothing, furniture or other goods? Or need something but don’t want to contribute to emissions to get it? This app lets people offer and claim goods for free, then arrange local pickups or deliveries. You get credits for listing items, inviting friends and other actions, which you can use to boost your post or make “wishes” for items you want. The only downside for Orange County and Inland Empire folks is that ReFree is not very active yet outside of Los Angeles.