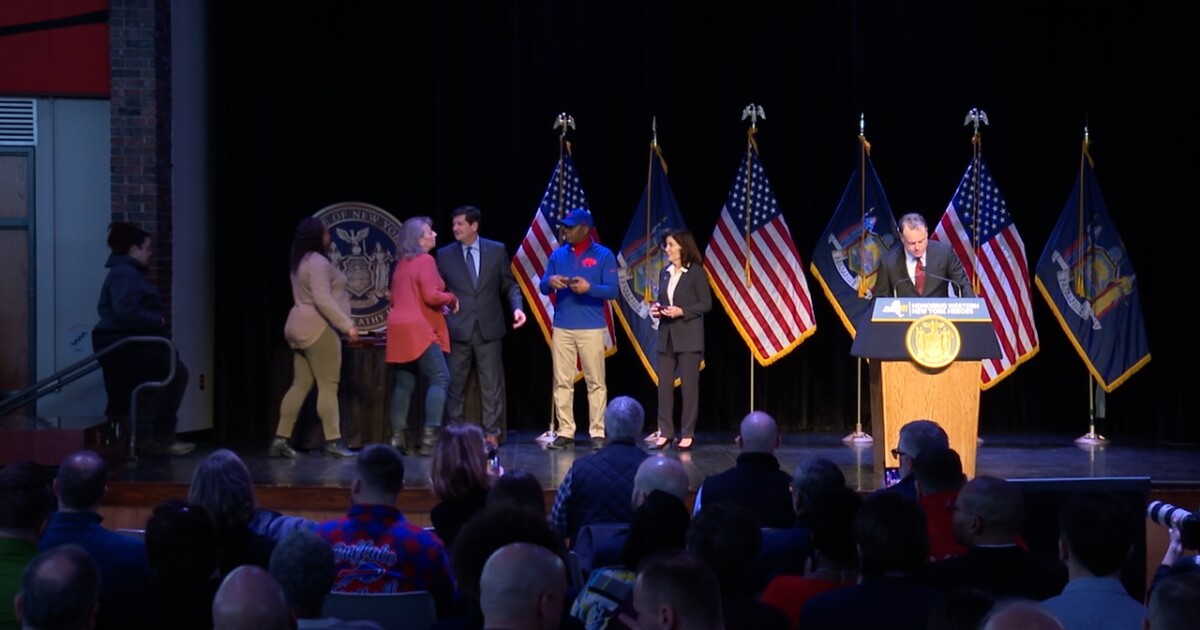 BUFFLO N.Y. (WKBW) — It has been nearly a month since the Christmas blizzard that brought Buffalo and Erie county to its knees. The historic storm claimed 46 lives, but even more may have died if not for the heroic actions of local first responders and everyday people.

“Come in the house right away,” Andrea and Alex Campagnas
said to their unexpected guest who stayed at thier home during the worst snow storm Western New York has ever seen.

To their surprise the guest where not from the Queen city.

“Our unexpeted guest were all from Korea,” Alex said.

The Campagnas said they of course wanted to get their guests out of the storm but the most special part was sharing a meal with them as their pantry surprisingly had a lot of staple ingredients used in many Korean dishes.

“Their eyes lit up and they knew they were in a welcoming comfortable home,” Alex said.

These two home hero’s were honored among many other community members who helped save lives in the blizzard. At Buffalo State University Mayor Byron Brown, County Executive Mark Poloncarz and Governor Kathy Hochul shook hands and presented each Buffalo blizzard hero with a medal to never forget their efforts.

“Cause of your efforts there are more of Gods children still with us today,” Hochul said.

Andrea said being recognized is a huge honor.

“To be amongst all these amazing people who work tirelessly during the blizzard its juts such an amazing honor it brings tears to my eyes,”Andrea said.

With hundreds of people saved in a life changing blizzard
campagna tells me emotions were high and the thought of Buffalo being the city of good neighbors will never escape their minds.

“Touched our hearts and it demonstrates how we’re all in this together,” Alex said.