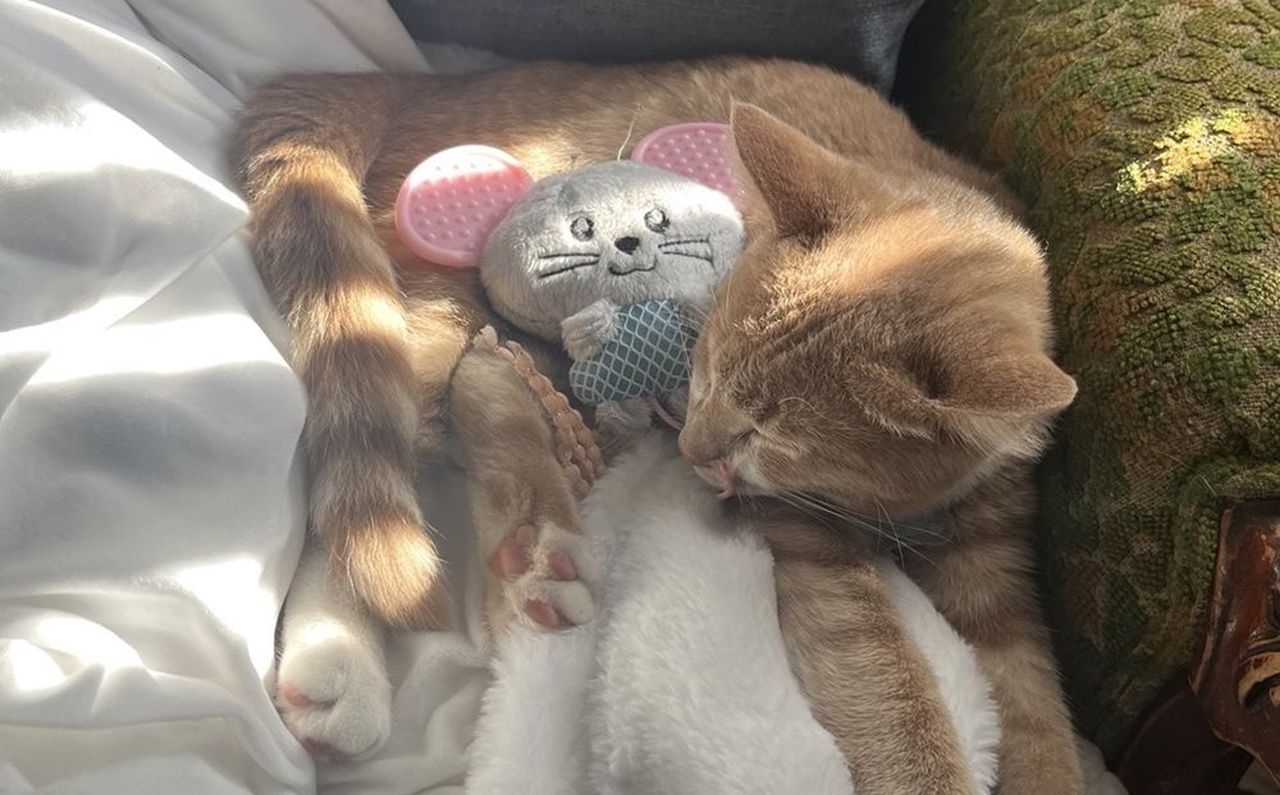 FARMINGTON HILLS, MI – A kitten named after a Norse god and Marvel Comics hero lived up to its name and became a real-life hero when it saved its family from deadly carbon monoxide, officials said.

On Aug. 30, there was a power outage that affected the Stamper family’s home in Farmington Hills. They hooked up a generator in the garage to run appliances. The garage door was accidentally closed while the generator continued running, and carbon monoxide began to build up and then spread through the home, according to a news release from the Farmington Hills Fire Department. Heidi and Ronald Stamper, their daughter Paige, 13, and son Quinn, 11, were sleeping.

That’s when the family’s 4-month-old kitten named Thor woke Heidi Stamper with a screeching cry, official said. The kitten was visibly sick, and she took him outside where his condition improved. She then went back into the house with the kitten. She quickly lost consciousness.

But Thor remained awake and continued screeching, which woke Paige and Quinn, officials said. The children got their semi-conscious parents out of the home.

The Farmington Hills Fire Department responded to the scene. The entire family was transported to a local hospital, officials said. Heidi Stamper and the children were later flown to Promedica Hospital in Toledo to receive special care for carbon monoxide poisoning.

“This is a frightening example of how carbon monoxide can accumulate quickly and potentially be fatal,” said Farmington Hills Fire Chief Jon Unruh. “Fortunately, this incident had a positive ending, but we hope all families will learn from the Stampers and keep their generators outside.”

Generators should never be used inside homes, garages, basements, sheds or any other enclosed or partially enclosed spaces, officials said. They should only be operated outside and must be placed far away and downwind from windows, doors and vents.

Carbon monoxide is tasteless, colorless, odorless, and impossible for human senses to detect. It builds up quickly and lingers for hours, even after generators are turned off.

If Thor hadn’t woken members of the Stamper family, all four of them may have died of carbon monoxide poisoning, officials said.

At the time of the incident, the Stampers’ home did not have any carbon monoxide detectors. They have now installed several CO alarms.

If any residents need help purchasing or installing a carbon monoxide alarm, they can contact the Farmington Hills Fire Department at 248-871-2800.

A GoFundMe campaign to help offset the family’s medical expenses can be found here.