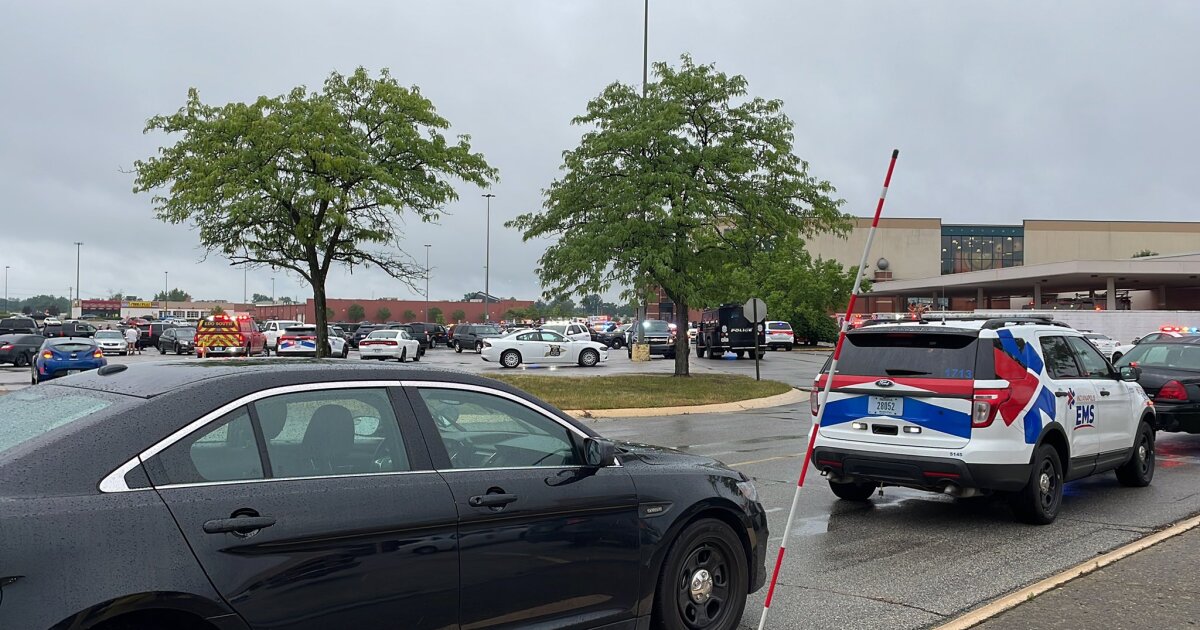 GREENWOOD — On Sunday, a shooter opened fire inside the food court at the Greenwood Park Mall killing at least three people.

The shooter was killed by an armed civilian, according to Greenwood Police Chief James Ison.

Local lawmakers and leaders are reacting to what occurred.

We are devastated to learn that the three victims in yesterday’s mass shooting in Greenwood are Indianapolis residents. Our thoughts are with the friends and families of Rosa, Pedro, and Victor as we mourn together as one city.

Just over a year after we lost 8 lives to a mass shooting in our city, we face a familiar pain and frustration. Still, we lift up the memory of those who died, along with all those who have been lost too soon to the mindless menace of gun violence.

We have lots of family who shop at #Greenwood Park Mall in Indiana. They are safe. But too many families tonight again lost a loved one because we are a country of unrestricted weaponry. We are failing every person’s right to be free from gun violence. #EndGunViolence

Being the kid who went to Greenwood Mall more times than she can count, I’m deeply appalled to know my home turf is yet another place overtaken by gun violence. We grieve for all of those harmed, & for the family & friends of those tragically killed. We can’t accept this reality.

This senseless act in Greenwood is devastating. Hoosiers across the state are no doubt upset but also mobilized in care & prayer for their fellow Hoosiers. The bravery of the armed individual who took action to stop the shooter undoubtedly saved lives, and for that I and many others are grateful.

I am monitoring the ongoing investigation in Greenwood, where Indiana State Police are assisting local authorities. Lives were lost today, and I’m thinking about all the victims of this horrible incident, now and in the days and weeks to come.

People in America deserve the right to live a life free from the fear of gun violence while shopping or working at a mall.

I ache with the community impacted by yet another mass shooting which has taken the lives of innocent bystanders at the Greenwood Park Mall in Indiana.

Terrible news tonight in my home county. Praying for the victims of a shooting at the Greenwood Park Mall. Thank you to our law enforcement officers who responded.

Praying for families of those killed in a senseless act of violence in Greenwood tonight, and grateful for the brave armed citizen who took action to stop the perpetrator and prevent further tragic loss of life.

This tragedy hits at the core of our community. Please offer your prayers to the victims and our first responders.

We are traumatizing a generation of children who don’t feel safe anywhere in America. Not at an Indianapolis mall or in their schools or at a concert or in their stores…

My heart aches for those who lost loved ones today in the shooting at Greenwood Park Mall. There are simply no words for these tragedies that continue to unfold before our eyes.

Our prayers are with the fallen and injured. And all our thanks to “The real hero of the day..the citizen that was lawfully carrying a firearm in that food court and was able to stop the shooter almost as soon as he began”-Greenwood Police Chief Ison. God bless that Hoosier Hero.

My heart breaks for the families who lost loved ones last night, and for the Hoosiers who witnessed this horrific and senseless act firsthand. While our Johnson County community continues processing this tragedy and waits to learn more, I’m incredibly grateful for the first responders who were on the scene, and for the good Samaritan who sprung to action and was able to stop the shooter and save lives.