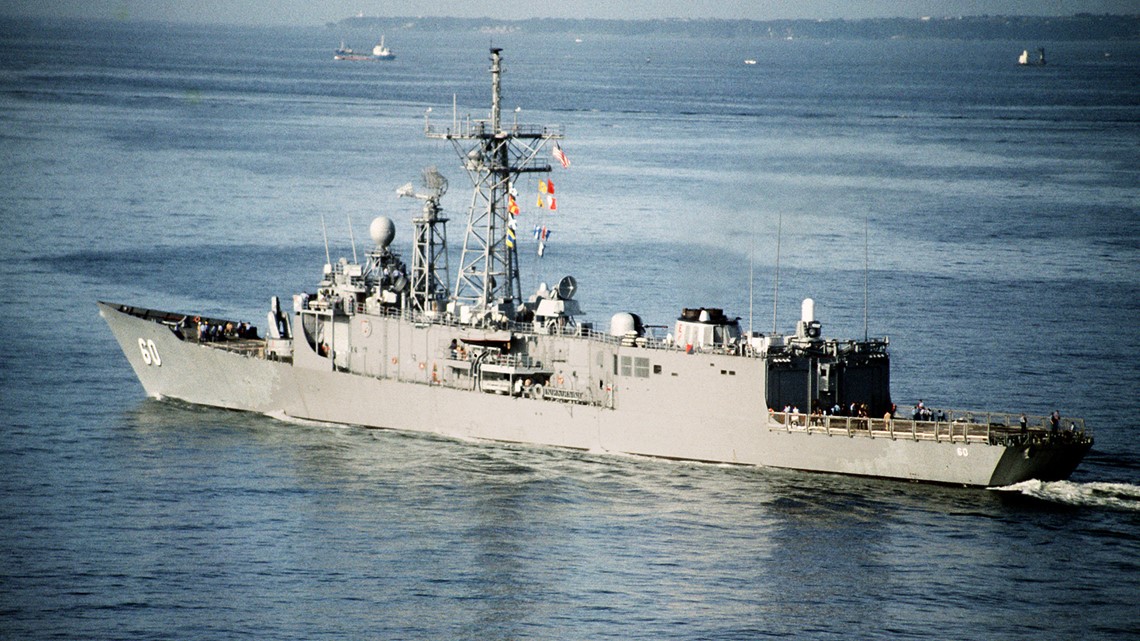 The ship was officially decommissioned in 2015, and was part of the SINKEX program to train new units.

The ship gets its name from United States Marine Corps sergeant Rodney M. Davis, who was posthumously awarded the Medal of Honor after being mortally wounded and going beyond the call of duty in 1967, during the Vietnam War.

He first joined the Marine Corps in 1961, and after a few years he was ordered to go to the Republic of Vietnam in 1967 .

While stationed there, Davis’s unit was attacked by enemies during a search and destroy exercise.

His unit was forced to retreat into a trench, while Davis encouraged the men to fight and return fire.

When the enemy threw a grenade near men in his unit, Davis jumped on it and saved their lives at the cost of his own.

A statement by President Ronald Raegan during the Medal ceremony recounted these events and said that “through his extraordinary initiative and inspiring valor in the face of almost certain death, Sergeant Davis saved his comrades from injury and possible loss of life, enabled his platoon to hold its vital position, and upheld the highest traditions of the Marine Corps and the United States Naval Service. He gallantly gave his life for his country.”

Davis’s remains now rest in Linwood Cemetery, which is located in Macon.

Davis’s legacy continues to ring out in Macon, and his sacrifice and achievements speak to his contributions to his country.

The sinking was part of the Navy’s program called SINKEX, which trains units in valuable skills on the water.

According to the Navy’s website, units from Australia, Canada, Malaysia and the U.S. participated in the exercise to gain skills in tactics, targeting, and live firing against a target at sea.

Royal Canadian Navy Rear Adm. Christopher Robinson, deputy commander of the RIMPAC Combined Task Force, said that “This exercise provided a great opportunity for the extremely talented sailors, soldiers, and aviators who comprise the RIMPAC 2022 team to hone their skills in a live-fire setting.”

He continued, saying that “there is nothing that really replaces the training value of opportunities such as this, which enable us to test our weapons and their associated combat systems with as much realism as possible. These live fire exercises are vital for maintaining our proficiencies, building our interoperability, and increasing our readiness for future operations.”

Although the ship bearing his name has been decommissioned and sunk, the event is proof that Davis is still helping units in the Navy.

WHAT OTHER PEOPLE ARE READING: