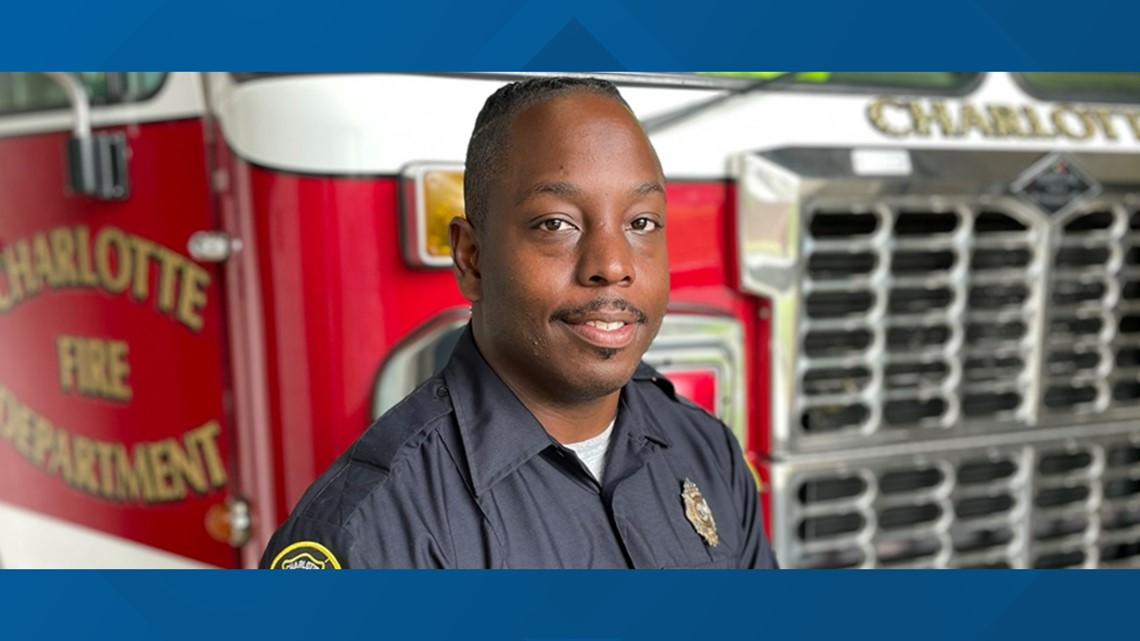 The Charlotte firefighter was vacationing in Virginia Beach when he saved a man from drowning.

“The day started just like any other day. Me and my two sons were just spending time together at the beach. Just normal father, son time, but things changed quick,” House said.

House watched as his sons played in the water, and noticed what looked like a person floating up and down with the current.

House walked into the water to check on the victim.

“The water was crowded, and people were going past him and not paying much attention,” House said.

He had to get chest deep before he was able to reach the man and rotate him on his back.

After he raced to the shore, House began chest compressions. A crowd of over 100 people watched him as he tried to save the man’s life.

As he did more compressions, eventually, water started to come up.

“I kept on the compressions and then he took his first breath with two big gasps for air,” House said.

Shortly after, life guards provided the man with a valve mask to help him breathe before loading him into an ambulance.

“As a firefighter, I have the training. Things could have gone left or right, but I was in the right place at the right time and my training kicked in,” House said. “The best feeling about that entire experience was when my sons said, ‘my daddy’s a hero’. I might help save lives with guys at the department, but there was nothing like hearing my sons say that I’m a hero.”