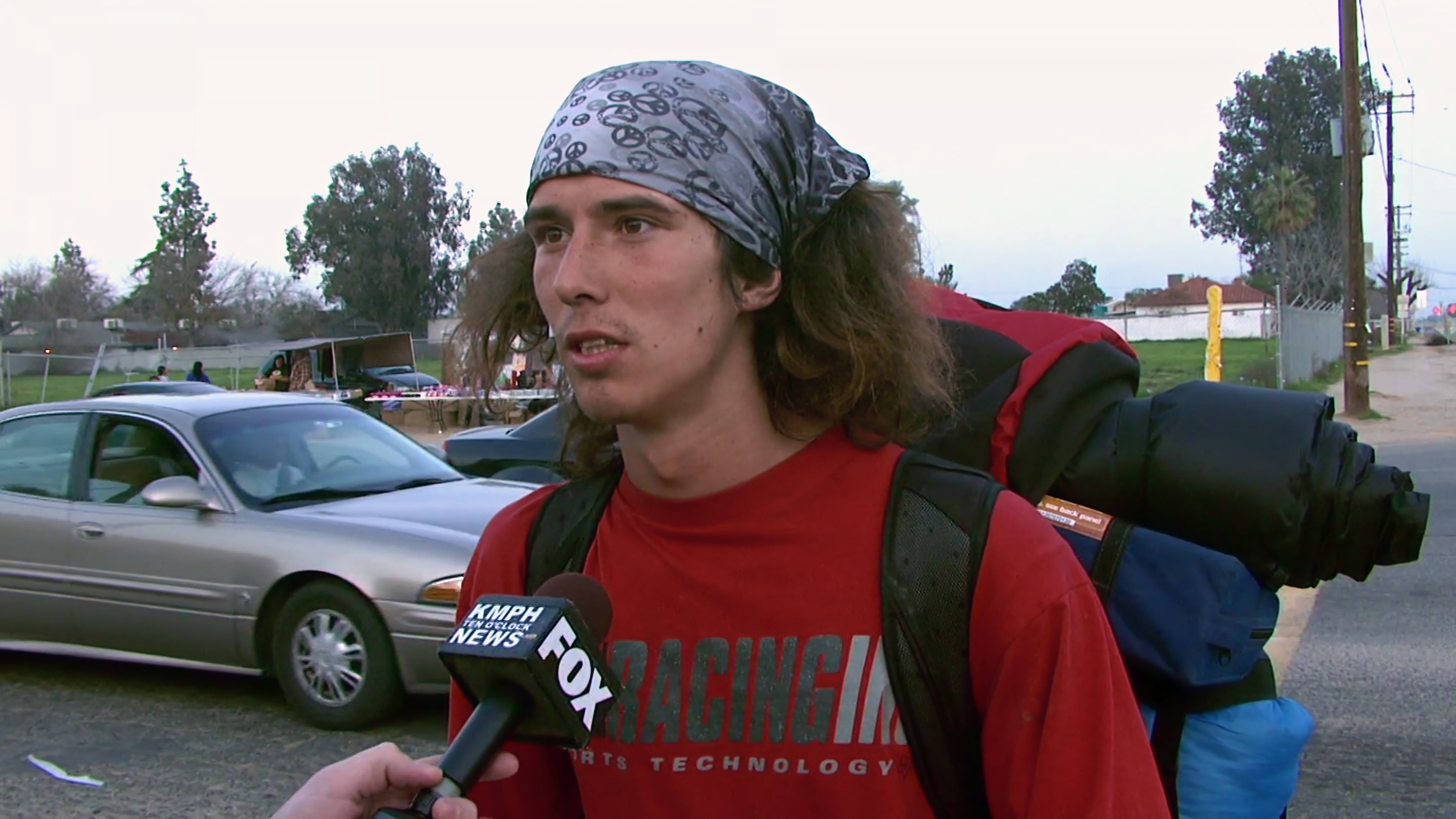 If you didn’t know the backstory, Netflix’s new documentary film The Hatchet Wielding Hitchhiker might sound like the streaming giant’s latest horror release.

There is, nevertheless, very much a darkness at the heart of this Netflix documentary, out today, from director Colette Camden. Among other things, it revisits the story of a hitchhiker-turned-Good Samaritan-turned Internet sensation. He’s “Kai,” born Caleb McGillvary, who recounted in a 2013 TV interview that went viral how he saved a woman from being attacked by taking a hatchet out of his backpack and using it to “smash, smash, suh-MASH” her attacker.

Footage of the original local TV news interview with the hitchhiker has millions of views on YouTube, and it led to all sorts of weird and kind of gross media jackals eventually descending on him.

Jimmy Kimmel’s late-night show, for example, brought him on for a couple of appearances. A brand manager working with the Kardashians started exploring a potential reality series idea with Kai, and at one point even Justin Bieber’s team started probing the possibility of a collaboration. “We weren’t exactly sure what the show was gonna be,” the Kardashian-affiliated TV brand manager says in the documentary.

“But I think what people saw at my company was Kai could be a gateway to a world we never saw: homeless people living happily on the streets.”

There’s already been some commentary online that’s positing The Hatchet Wielding Hitchhiker could very well turn into 2023’s Tiger King, but my two cents is that’s probably a bit of a stretch. Joe Exotic, the central figure of that earlier Netflix documentary, was an anti-hero who reveled in the fame and attention that came his way. Kai is something else.

‘You either become a diamond or you get crushed’

He’s the hero, victim, as well as villain of this story, as his cousin Jeremy McGillvary Wolfe made clear in a quote disseminated by Rolling Stone:

“I honestly believe Caleb has mental issues, because he seems well but when it comes to a certain situation of pressure, you either become a diamond or you get crushed. And in this case, Caleb gets crushed.”

Kai was convicted of first-degree murder in 2019, found guilty of killing a man he’d been staying with in a fit of rage. Kai claimed self-defense, but the jury didn’t buy it. At his sentencing, the judge lamented that underneath the free spirit version of Kai created by the media is a “cold-blooded, calculated, callous killer.”