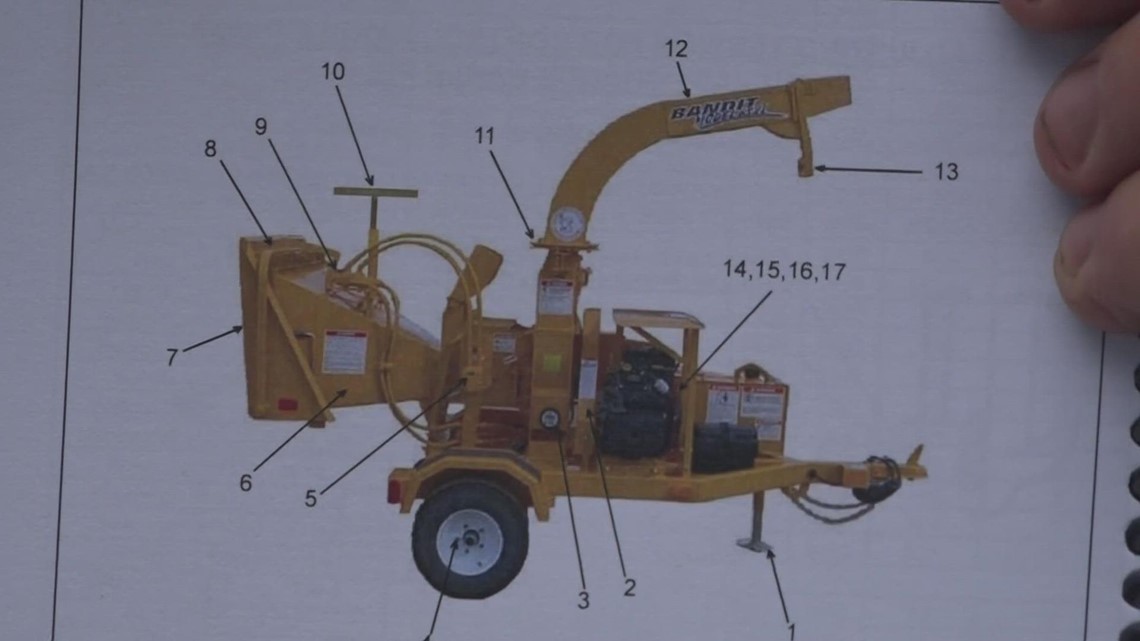 The theft is among a series of similar crimes happening across the state.

MONTVILLE, Maine — When Eric Dayan and his family returned to their Montville home from a last-minute camping trip earlier this month, it didn’t take him long to realize something wasn’t right.

“My wood chipper wasn’t where I had left it,” he explained. “I was completely and still shocked. It really hasn’t set in.”

Dayan says the 2,000-pound wood chipper was an important part of his business as an arborist. It made what would be a day-long task into just an hour-long job. The tool’s disappearance has hit him and his family hard

Dayan told NEWS CENTER Maine the $20,000 chipper was uninsured and he still has to make payments on it until it’s fully paid off.

The theft was reported to local police and Dayan hasn’t given up hope the wood chipper might be found or returned. He’s offering a $500 reward if it comes back broken or $1,000 if it comes back working.

Dayan isn’t alone. Matthew Jones is the owner of Portland-based Forest Street Carpentry. He reported his dump trailer disappeared from a job site in Bangor two weeks ago.

“It just makes things really difficult for work,” Jones said. “You know, it’s my livelihood, it’s what pays my rent. I have a daughter. It’s what helps take care of my daughter.”

Jones said the dump trailer cost just under $11,000 and hasn’t been able to replace it. He’s also hopeful it will be found and returned to him.