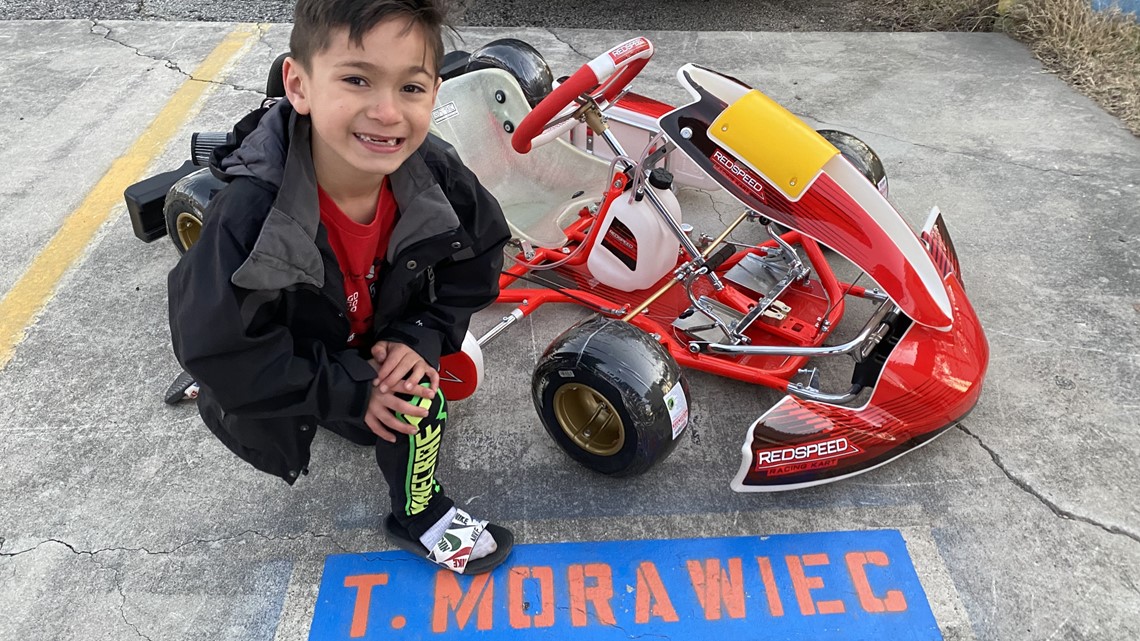 Tyler has been racing since the age of 5, and now his season is over because someone stole his Go Karts.

NEW BRAUNFELS, Texas — A 7-year-old New Braunfels boy who dreams of being a Formula One driver as he races his Go Karts is now facing the end of his season after his two competition Go Karts were stolen Wednesday.

The two Go Karts were stolen from Hill Country Kart Club located at 3838 Loop 337 in New Braunfels sometime during the night.

Tyler’s father Pete Morawiec tells us that they rent a garage there and it was broken into sometime during the night.

Tyler’s two Go Karts, as well an adult Go Kart, were all taken from the garage.

His father said that Tyler has been racing competitively since the age of five, and is very good, usually winning.

His season may now be over though, if the Go Karts are not returned.

Go Karts are pretty expensive, costing about $7,000 each. along with being costly, they are also hard to come by.

Tyler has dreams of becoming a Formula One driver, so this is especially disappointing for him because now he won’t be able to finish his winning season.

Tyler is a straight A student at Cornerstone Christian School.

Pete said a member of their race track reached out and offered to give them a kart, but unfortunately it’s not the class his son races in.

They are offering a $500 reward for the return of the Go Karts.

If you have any information, please call the New Braunfels Police.