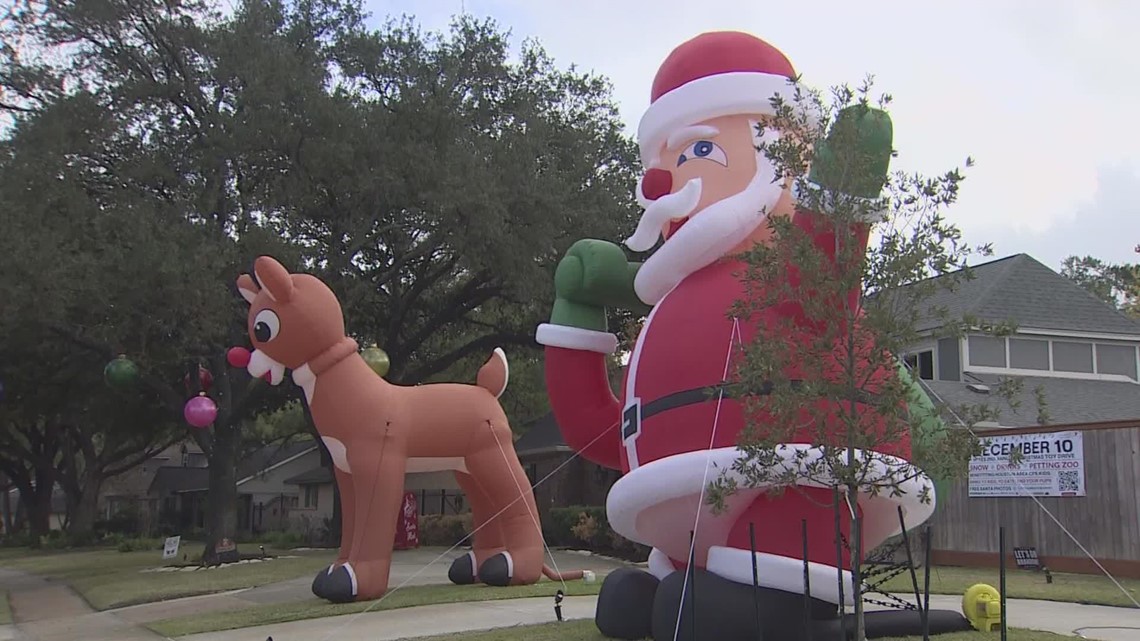 “I was just happy to have Rudolph back,” homeowner Ernest Fuhrmann said.

HOUSTON — A giant inflatable Rudolph has been returned after thieves were caught on camera stealing it from a northwest Houston yard in the middle of the night.

“I was just happy to have Rudolph back,” homeowner Ernest Fuhrmann said.

The empty space on Fuhrmann’s lawn is once again filled by his beloved decoration. The inflatable was returned to him by a couple who said they had no idea it had been stolen.

“They saw it on the side of the road and they bought it from an individual, so when they found out it was stolen they immediately went back, I’m not sure time of day,” Fuhrmann said.

With no questions asked, Fuhrmann said he paid the couple the $2,000 reward he offered for its return.

“I didn’t ask how much they paid for it either, or exactly where it was. I didn’t really ask these questions,” he said.

After seeing the story on KHOU 11, several other people have come forward saying they’ve had holiday decorations stolen in a similar manner.

“Stole our snowman we had here on our front lawn then they came back Tuesday, which we did catch on camera, stole a stack of presents that are about 6 feet tall,” said local business owner Manuel Lopez.

Lopez co-owns the Relic General Store on Yale Street South off of the North Loop. He’s hoping for a similar outcome after thieves targeted his business.

“Above all, during Christmas time you can’t get more grinchy than that,” Lopez said.

Lopez isn’t offering a reward but hopes that the holiday spirit will tug at the thieves’ hearts.

“I would love to have our pieces returned,” he said.

Back over at the Fuhrmann’s, a 16-foot-Rudolph now has a story that will definitely go down in history.