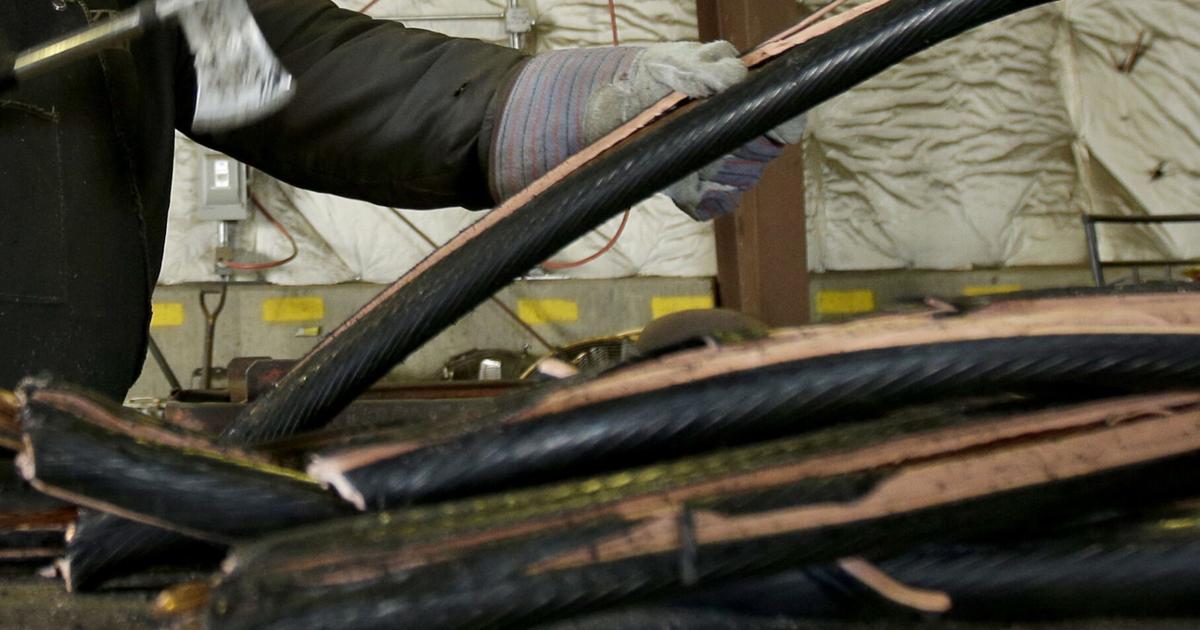 The problem has gotten so significant, across multiple counties, that AT&T has offered a $5,000 reward for leads that result in convictions.

“Whether it’s coming from residential thefts of copper to utilities, copper is used in so many places in our society — it’s all over,” he said.

According to a news release from the communications utility, copper cable thefts have been a problem since January in Osage, McAlester, Muskogee, Pittsburg, Rogers, Tulsa and Washington counties.

About 5:40 a.m. Aug. 24, someone on a four-wheeler cut several hundred feet of AT&T lines, causing major outages in the 35th and Harvard area, Tulsa police said.

An investigation led to an address near 1000 N. Harvard Ave., where police on Sept. 15 found burned copper, plastic sheathing, telephone lines and meth. Two individuals face charges including larceny of copper, possession of stolen copper, knowingly concealing stolen property, possession of a firearm after a felony conviction and possession of a controlled substance.

Copper may fetch around $3.50 a pound, depending on its scrap metal value. That’s what drives the copper thefts, Murtaugh said.

“There’s a global demand right now causing a spike in the price of copper,” he said. “So with supply and demand, demand is high and supply is limited, and it drives the price up.”

Asian developers spurred huge demand for copper in the early 2000s. The price of copper skyrocketed from 60 cents a pound in 2001 to around $3.50 by 2007, where it has hovered ever since. Earlier this year, the price peaked around $4.72 per pound.

The effects of copper theft result in a disruption of service for utilities and when it hits a corporation like AT&T, the loss can have an effect on consumer costs.

“If AT&T is getting hit constantly, as a business there’s only so much loss that you can absorb as a corporation or business before that tends to be pushed onto the consumer,” Murtaugh said.