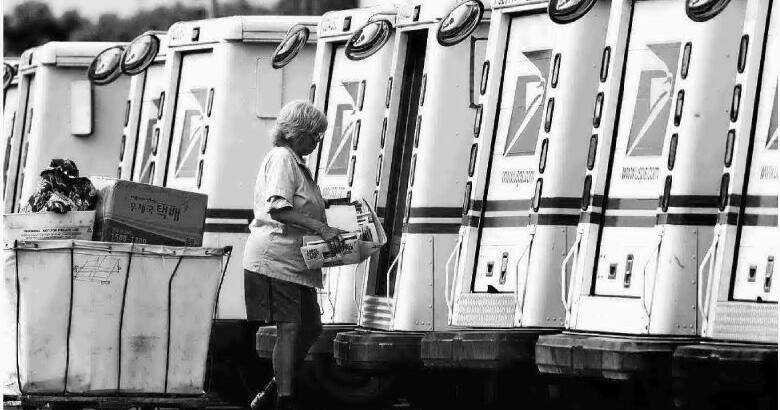 DAYTON, Ohio — A rash of local mail thefts coincides with a reported 17-fold nationwide increase in checks stolen from the U.S. mail being posted for sale online. And officials representing postal service police say they are hamstrung in arresting perpetrators, a Dayton Daily News investigation found.

Frank Albergo, national president of the postal police officers association, said mail theft arrests dropped from more than 2,000 in fiscal year 2019 to a projected 1,200 in fiscal year 2022 after a federal policy restricted their arrest powers in 2020.

The U.S. Postal Service has said it is safe to use blue mailboxes to send mail during the day during operating hours. Albergo said he would be reluctant to do so because of the ongoing issues nationwide.

“It’s a disaster, it really is,” Albergo said.

Officials in the Dayton region are investigating a rash of mail-related crime. Items were stolen from at least seven different post office mailboxes in Beavercreek, Dayton, Kettering and the Centerville/Washington Twp. area.

In Kettering and Riverside, nearly $75,000 in stolen checks were cashed by parties they were not issued to, police said. The United States Postal Inspection Service has offered a $50,000 reward for information that leads to the arrest and prosecution of suspects accused in recent armed robberies of mail carriers in Dayton and Trotwood.

The Montgomery County Sheriff’s Office said it is aware of 42 cases where mail was stolen, but could not say how much money was stolen from those checks, as the United States Postal Inspection Service handles investigations. That information was not immediately available from the federal agency.

David Maimon, director of the Evidence-Based Cyber Security Research Group at Georgia State University, leads a team that tracks criminal behavior online. He said that starting in August 2021, they saw a big spike in checks being posted online.

There has been a large increase in stolen checks being posted for sale on the dark web and on encrypted text apps, he said.

“And since then things have exploded even more dramatically. Instead of seeing an average of 114 checks a week, now we are seeing 2,000 checks a week across the country,” he said.

He said it started in states like California, Florida, New York and Texas, but now checks from people living in Midwestern states are becoming common.

“Organized crime groups are doing it at this point,” Maimon said. “They have people who rob the mail carriers for their (mailbox) keys, (people) who are going to the mailbox and emptying the mailbox and taking them to a hideout, usually cheap hotel room, where criminals sort through the mail, look for the checks, look for the credit cards and then once they find those they usually wash them.”

He said washing a check involves removing the payee information from the check and usually the amount it was written for. He said sometimes the thief will cash the checks into drop accounts, and other times the checks will wind up online for sale.

The U.S. Attorney’s Office for the Southern District of Ohio said they are aware of the situation and are taking it seriously.

“Mail theft is a harmful and disruptive crime,” a spokeswoman for the office said. “Among other things, mail theft has the potential to interfere with private communications between friends and loved ones, and it can result in significant financial losses through the misappropriation of checks, credit cards, and sensitive personal information.”

She said perpetrators could be sentenced to prison for up to five years.

“The U.S. Attorney’s Office will continue in its efforts to see that relevant federal laws are enforced in a manner that protects the community and deters mail theft,” the spokeswoman said.

But before there is prosecution, there has to be an arrest.

Postal police officers are uniformed officers responsible for protecting the postal system and usually work in metro areas. Albergo, with the Postal Police Officers Association, said they can sometimes be deployed to areas where mail thefts are high. Albergo believes a decision by post office leaders in 2020 limiting postal officer powers away from postal service properties is contributing to the problem.

Albergo contends not enough is being done to prevent mail theft.

U.S. Sen. Sherrod Brown, D-Ohio, said he is aware of the ongoing mail thefts in the state.

“This is a very important issue that will require USPS and the United States Postal Inspection Service to review their safekeeping measures, maintenance, and overall management of a key piece of their infrastructure,” Brown said in a statement to the Dayton Daily News. “It’s past time that Postmaster General (Louis) DeJoy make changes that will protect the privacy of hardworking Ohioans that depend on USPS for crucial goods and services and ensure the safety of mail carriers across Ohio.”