Paris Hilton has resorted to pet psychics in the desperate search for her missing dog Diamond Baby and an Aussie mystic reckons she has the answer.

Local pet psychic Amanda De Warren appeared on 2Day FM Breakfast with Hughesy, Ed & Erin where she told the hosts that she’s been assisting the international icon find her dog who’s been missing for almost a month.

During her appearance, De Warren claimed that after she discussed Hilton’s dog in a previous segment of the show, Hilton’s team reached out to her for more intel.

“Her team got in contact with my team, she tracked me down and I actually spoke to her yesterday morning about her pet,” she said.

The psychic claimed Hilton gasped at the details that she had told her.

“I retraced the steps from her place and told her what I had felt and who had her so she is putting her team into overdrive to search this area,” she said.

“We’ve been texting back and forth,” she said, adding that “she was very sweet and she’s obviously missing her pet.”

She said she was able to “retrace the steps” of the dog and “hone in on the specific area” that she ended up.

“We’re very close to finding her missing her pet,” she said.

De Warren’s theory is that the dog was taken by one of Hilton’s employees.

She believes the staffer took the dog by mistake but they’re “too afraid to return the dog because she might get in trouble.”

She added that Hilton said “there will be no questions asked” if whoever has the dog returns her safely.

The psychic also revealed that Paris Hilton told her she is only offering AUD$15,661 as a reward for the missing dog to discourage people from stealing her pets the hopes of a huge reward.

Hilton recently shared an Instagram Story claiming she had been in touch with seven pet mediums, each of whom told her that Diamond Baby is still alive. 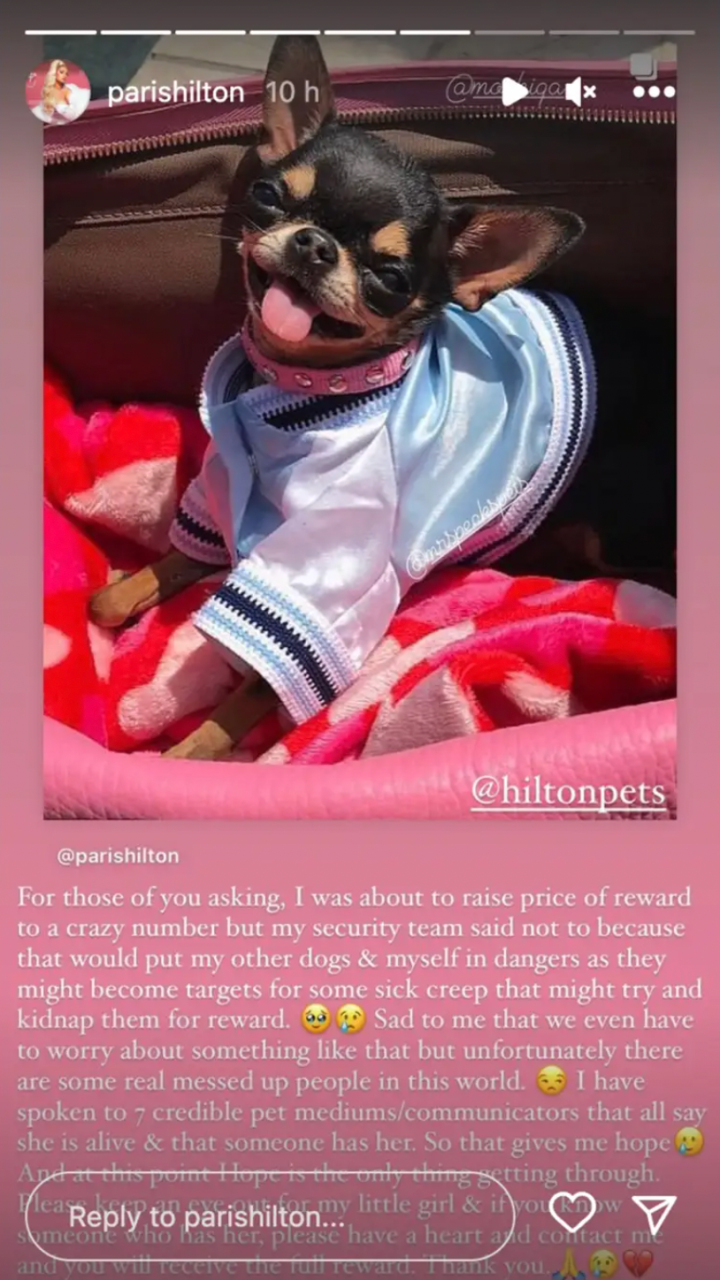