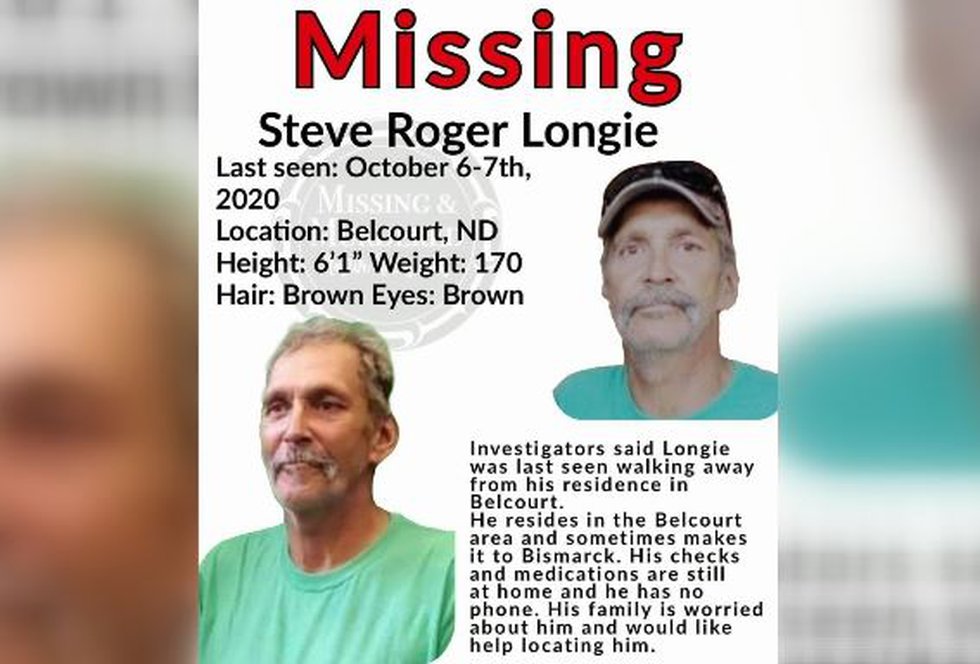 BELCOURT, N.D. (Valley News Live) – The search for answers continues and a son is pleading for clues to help find his father who’s been missing for nearly two years.

56-year-old Steve Longie was last heard from in the fall of 2020 in Belcourt, North Dakota on the Turtle Mountain Reservation.

A $5,000 reward for information on Longie’s disappearance remains with the FBI, but his family says so far, they’ve been left empty handed.

Longie’s son Aaron says he has heard it all over the last two years while on the hunt for his dad.

“Anything that comes in, even if it sounds bogus, we follow up with it because you just never know. And it’s just kind of a process of elimination where you’re just constantly going through your checklist non-stop,” Longie said.

Longie says he, along with the FBI, the Bureau of Indian Affairs and local police have checked out between 30 and 40 different tips on his dad’s last days and hours, and some of those stories are dark for a son to hear.

“People threw him in the water, people burnt him under a trailer, fed him to the pigs. Those stories are the hard ones to grasp and I bury them just because it’s enough the way it is,” Longie said.

While Longie said his dad dealt with his demons, he was a good guy and an even better grandfather to his seven grandkids.

“His jokes were as corny as they come, but he made people laugh. When he was around, he was fun to be around,” Longie said.

Longie says his dad has and would never go this long without calling or coming to visit. He says while he’s holding on to hope for the best, he’s also prepared for the worst.

“In all reality, I’ve accepted in my heart and my mind that he’s probably gone because it’s been a long time and why would he want to be away from his family?” he said.

He says he hopes speaking out will pull at the heart of those with answers to finally come forward and give closure to a family that’s been holding their breath for 650 days too many.

Longie put together a three-day search last weekend in Belcourt, but says unfortunately nothing was found. He says another search is planned in the coming weeks and hopes more people can join the cause. If you’d like to join the cause, you can keep up with the plans on the ‘Find Steve Longie’ Facebook page.

A GoFundMe has been set up for Longie’s family to help provide resources to those who help in the searches. You can find it by clicking here.