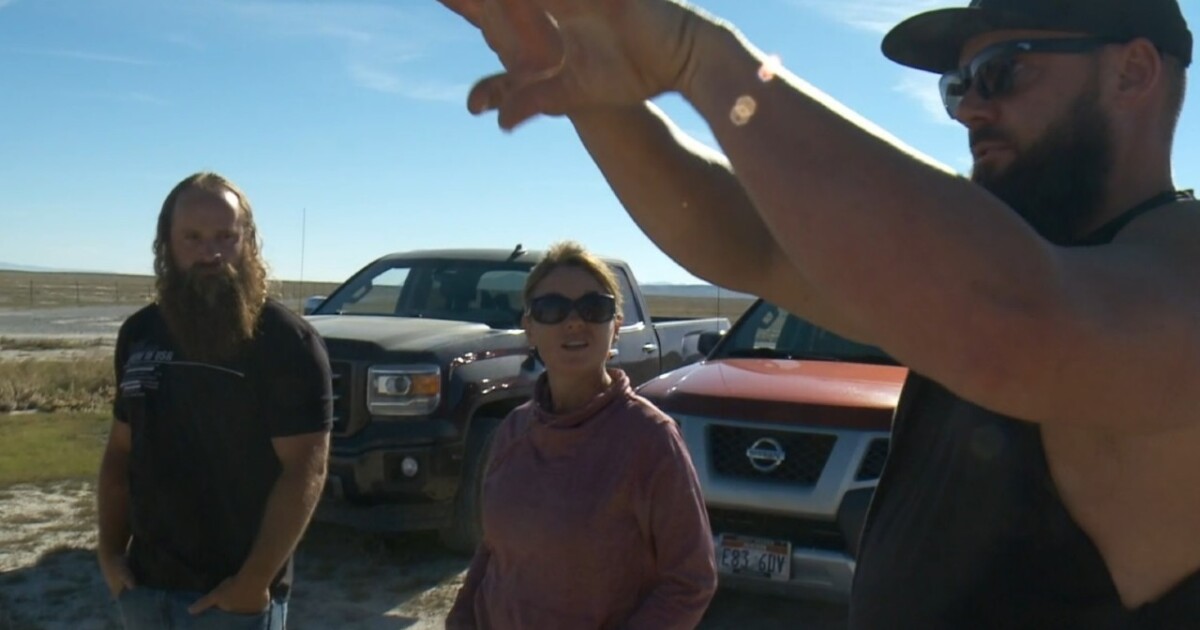 The 19-year-old from Idaho was last seen near his property in Lucin, Utah around Memorial Day weekend.

Television stars, the Diesel Brothers, flew their helicopter to Lucin on Thursday to assist Dylan’s family with a drone they acquired from EquuSearch, a missing persons organization based out of the Midwest.

The Diesel Brothers have also agreed to match the family’s $100,000 reward to find Dylan as well.

The drone is equipped with special lens that will take pictures to be sent back to EquuSearch to be analyzed.

“If Dylan was killed and if his body was buried out here, this has the ability to pick up on soil disturbances and anything that a cadaver could penetrate in the ground around it,” said Dave Sparks, also known as ‘Heavy D.’ “In fact, this technology is so potent that the federal government banned it for a while. There had to be a court ruling basically saying, ‘No, no, this is helpful. This is good, go use it.’”

The Rounds family and the Diesel Brothers searched the land surrounding the property where Dylan’s truck and bloody boots were found.

“This is our ground zero. Right here is where it started so from there we’ll work our way out with the technology and see if we can find something,” said Candice Cooley, Dylan’s mom.

In July, Box Elder County Sheriff’s identified James Brenner as a suspect – a man who was squatting on the property of Dylan’s last cell phone ping. He is on trial for federal firearm charges.

In August, the Elko County Sheriff’s Office and the Box Elder Sheriff’s Office and Search and Rescue obtained a search warrant for a “parcel of land in Nevada owned by James Brenner.” Investigators used “cadaver dogs, drones, and archaeological excavation procedures” but no evidence was found.

Dylan’s family is asking the office to let go as lead on the case, saying the department failed in handling evidence and persons of interest. They’re asking the state or FBI to take over.

“From the day Dylan’s boots were found 300 yards from us, that should’ve changed everything,” said Cooley.

The family claims the county released important clues that were meant to stay confidential. Cooley also said communication’s been scarce.

In a statement sent to FOX 13 News, the Box Elder County Sheriff’s Office wrote that the department requested for an independent investigation on how deputies have handled the case.

Local authorities continue to work with the FBI, the Utah Department of Public Safety and many other agencies, the sheriff’s office said.

The office declined to speak on camera due to the criminal case still being actively investigated. A detective was at the scene while the Diesel Brothers flew the drone around the property.

“[Dylan’s disappearance] is frustrating, but it’s also potentially still a glimmer of hope. People want answers, people want to know what happened,” said Heavy D. “If this was your son or little brother, what would you do?”

Dylan’s family has received a lot of requests from people wanting to provide financial support to the search. They’re asking anyone who wishes to help out financially to donate to EquuSearch, so other families can use the same tools and technology to locate their loved ones. CLICK HERE to donate.