A CAT that went missing from Bassett Crescent West in Southampton is feared stolen having not been seen for more than a week.

Toby, a Sokoke brown-furred rescue cat with white stockings, is the much-loved pet of 80-year-old, Margaret Wotton, who is desperate to see her four-legged friend return home safely.

Margaret has owned Toby for nearly eight years after collecting him from the Blue Cross rehoming centre in Southampton.

Speaking to The Echo, she said: “Perhaps Toby has been far too friendly for his own good.

“He is my right-hand man; he will be totally bewildered.”

She added: “Hopefully out of bad comes good and he is found in a back garden somewhere.”

Having disappeared shortly after Christmas, on December 29, Margaret initially speculated that Toby might have inadvertently jumped onto the morning milk float that passes through the area. 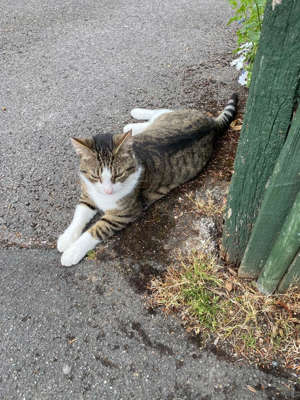 However, Margaret along with her son, Chris, now suspect Toby has been stolen as an extensive local search covering a one-mile radius couldn’t find any clues to his whereabouts.

Chris said of the search: “If Toby had been seen knocked down on the road, we would have found him.”

Though there is no evidence to suggest that Toby was stolen, Chris said: “This has never happened before.

“He is a creature of habit.”

Margaret agreed with her son’s sentiment as she reiterated: “This is completely out of character.”

Unfortunately, Toby is one of several cats to have gone missing in the Southampton area over recent months.

Last year, Louise Yau and her family were reunited with their 15-year-old furry friend.

Archie had been missing for over a year when the family moved house – eventually, he reappeared one mile away.

Margaret and Chris are offering a £500 reward for information which helps find Toby.

However, Margaret added: “We wouldn’t want for someone to try and claim a reward without having any knowledge of Toby’s whereabouts.”

A message from the Editor

Thank you for reading this article – we appreciate your support in reading the Daily Echo.

Subscribing to the Echo means you have unrestricted access to the latest news, features and Saints coverage – all with an advertising-light website.

You will also have full access to Saintsplus, your new home for Southampton FC tactical analysis, features and much, much more.

Don’t just take my word for it – subscribe today.