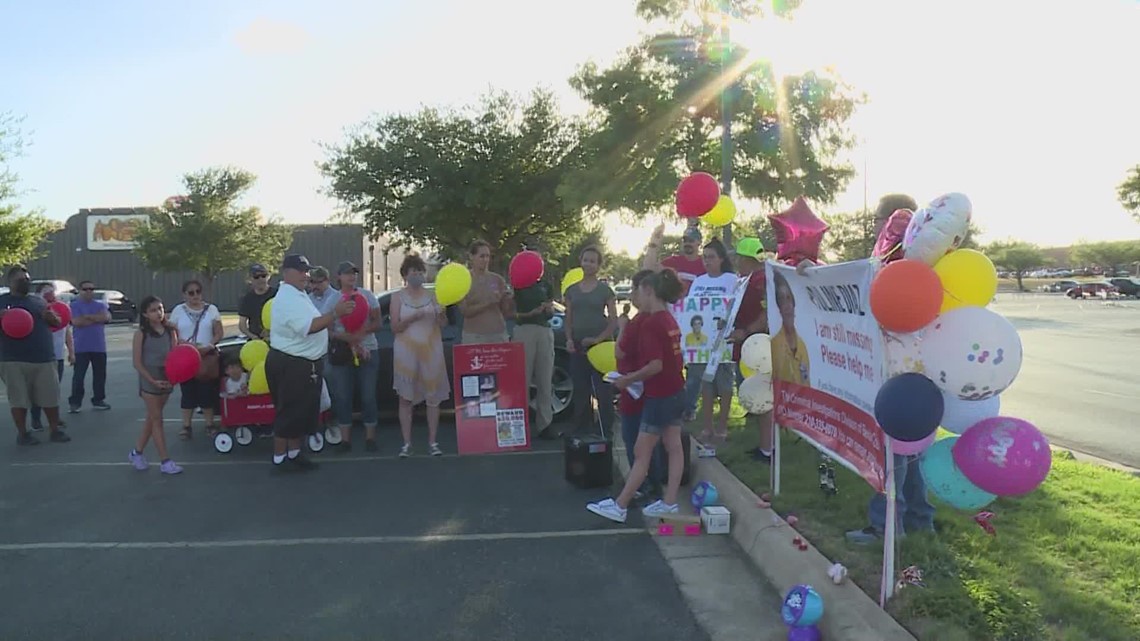 On Sunday, her family celebrated what would’ve been her 76th birthday in the same parking lot she was last seen alive on December 7, 2010. Diaz had just finished working her shift at H-E-B off southeast Military Drive and Goliad Road. Her daughter Juanita said she worked in the tortilleria.

“She loved her job. She valued her job,” said Juanita Diaz.

The Wilson County Sheriff’s Office later found Pauline’s truck near her home. Her estranged husband was named an person of interest in her disappearance but no arrests have been made. To date, Pauline hasn’t been found.

Juanita said her case was later handed over to the Bexar County Sheriff’s Office to investigate. She emails detectives monthly for updates.

Late Sunday, a BCSO officer told KENS 5, ‘The investigation into Pauline Diaz’ disappearance remains ongoing and is an open case with the Bexar County Sheriff’s Office’.

“I know someone out there, a handful of people know, what happened to her,” said her daughter.

That’s why the family continues hosting public celebrations on her birthday. Throughout the year, Juanita said the family will post flyers of the missing woman and advertise a $25,000 reward for tips leading to information. Tips can be anonymous.

“Just let us know where Pauline is at. Give us our answers and let us find her!”

Any lead or tip members of our community may have regarding the whereabouts of Pauline Diaz are urged to email BCSOTIPS@bexar.org.