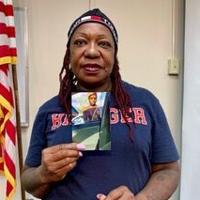 MOULTRIE, Ga. — October is a tough month for Dorothy McIntyre.

Oct. 22 is the birthday of her daughter, Courtney Graham.

Graham was 31 years old, nearing her 32nd birthday. She left her mother’s house for work that morning. About a week later, after friends said they hadn’t seen her, McIntyre reported her missing.

Since then, McIntyre has heard a variety of rumors about what happened to her daughter, but proof remains elusive.

“There’s still rumors,” she said Thursday, “nothing concrete yet.”

In August 2021 Graham’s family offered a $5,000 reward for information about her whereabouts, but it hasn’t solved the mystery.

“The family wants answers,” Moultrie Police Chief Sean Ladson said during a press conference announcing the reward. “Two years is too long for the family not to know anything. I know somebody in this community knows something.”

Contacted on Thursday, Ladson said there’s no new information about the case, but he hopes that publicizing the anniversary will bring Graham back into the public’s attention.

At the press conference, McIntyre said, “I just want to find her so my baby can be set free. I miss her and I want her back.”

The MPD has a tip line where anonymous tips can be given. It can be reached by telephone at 229-890-5449 or by email at tipline@moultriega.com.