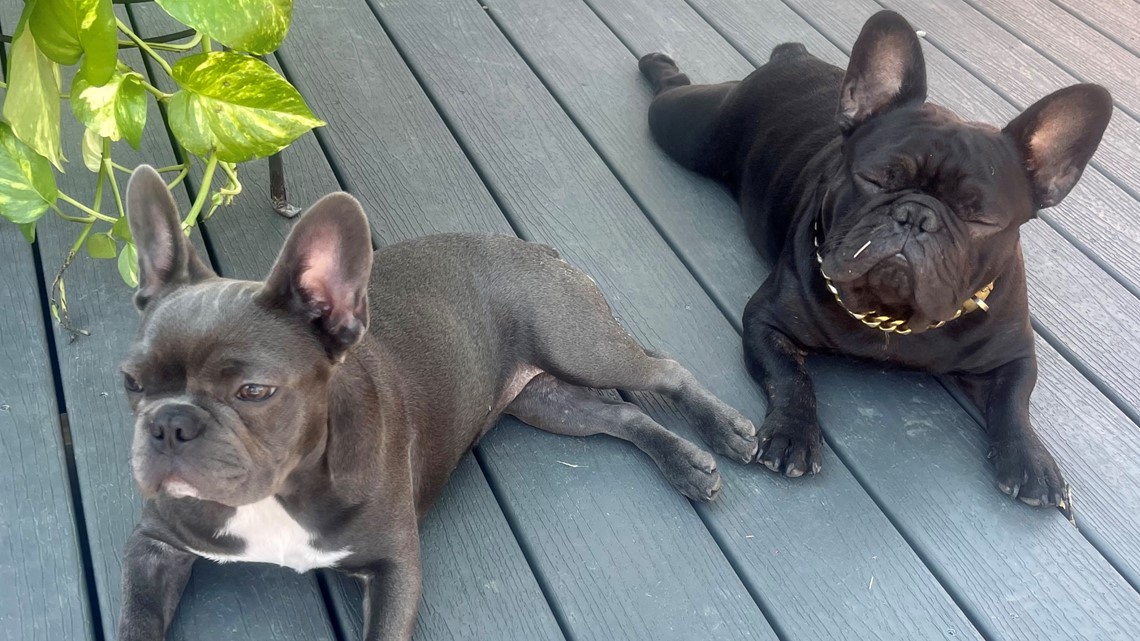 Beefy and Frida are emotional support dogs and went missing on Christmas Eve from the Olmos Park area.

SAN ANTONIO — A woman in Olmos Park is heartbroken after her two French Bulldogs went missing on Christmas Eve around 1 p.m. and is offering a big reward if they are returned.

She doesn’t believe they left on their own because they usually stay inside the front yard when they go outside.

Beefy is an all black male French Bulldog and Frida is is gray with a white chest. Beefy is wearing a gold chain with a “B” initial on it, but Frida is not wearing a collar because hers fell off in the yard.

Neither dog is microchipped.

“We are heartbroken and positive that someone picked up our babies,” said Kelly Gonzalez.

Unfortunately their cameras didn’t pick anything up. Kelly said she had workers in the backyard that day and they accidentally left open the gate.

The two dogs were last seen near the intersection of Olmos and Breeden.

Kelly said they are emotional support dogs and they desperately need them home.

A $5,000 cash reward is being offered for their return with no questions asked.

Since going on the air in 1950, KENS 5 has strived to be the best, most trusted news and entertainment source for generations of San Antonians.

KENS 5 has brought numerous firsts to South Texas television, including being the first local station with a helicopter, the first with its own Doppler radar and the first to air a local morning news program.

Over the years, KENS 5 has worked to transform local news. Our cameras have been the lens bringing history into local viewers’ homes. We’re proud of our legacy as we serve San Antonians today.

Today, KENS 5 continues to set the standard in local broadcasting and is recognized by its peers for excellence and innovation. The KENS 5 News team focuses on stories that really matter to our community.

You can find KENS 5 in more places than ever before, including KENS5.com, the KENS 5 app, the KENS 5 YouTube channel, KENS 5’s Roku and Fire TV apps, and across social media on Facebook, Twitter, Instagram and more!

Want to get in touch with someone at KENS 5? You can send a message using our Contacts page or email one of our team members.