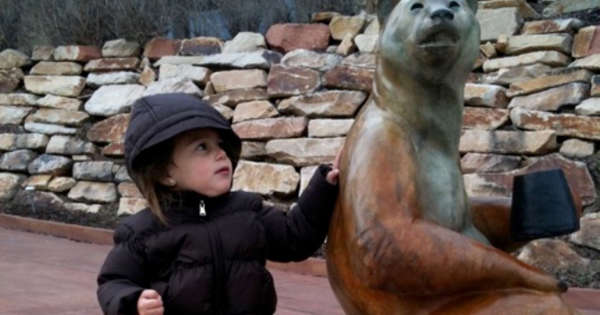 A Park City community is missing its beloved “coffee-bear” after someone stole the popular bronze statue for a second time.

Police said it weighs around 60 pounds and is three to four feet tall.

Its been in Judy and Stuart Epstein’s Park City front yard for over a decade. Sadly, “Oliver” is no longer perched on his rock, greeting those on Meadows Drive.

KUTV interviewed the owners in 2018, when Oliver was stolen the first time. They paid $8,000 to a local artist to replace him.

“My granddaughter named it Oliver,” Stuart said. “When we told the grandchildren that Oliver was stolen, oh, forget it.”

Now, that Oliver has been stolen yet again, the owners don’t think they’ll replace him. They’re offering reward money for anyone who can help return the bear.

Chef Alex Woodside said he drove by the bear statue everyday to and from work. He was the one who discovered it missing.

“He would have his coffee out for everyone… It’s just so sad,” Woodside said.

He said the community has grown to love the statue.

“During the pandemic, somebody went and put a mask on him,” Woodside said.