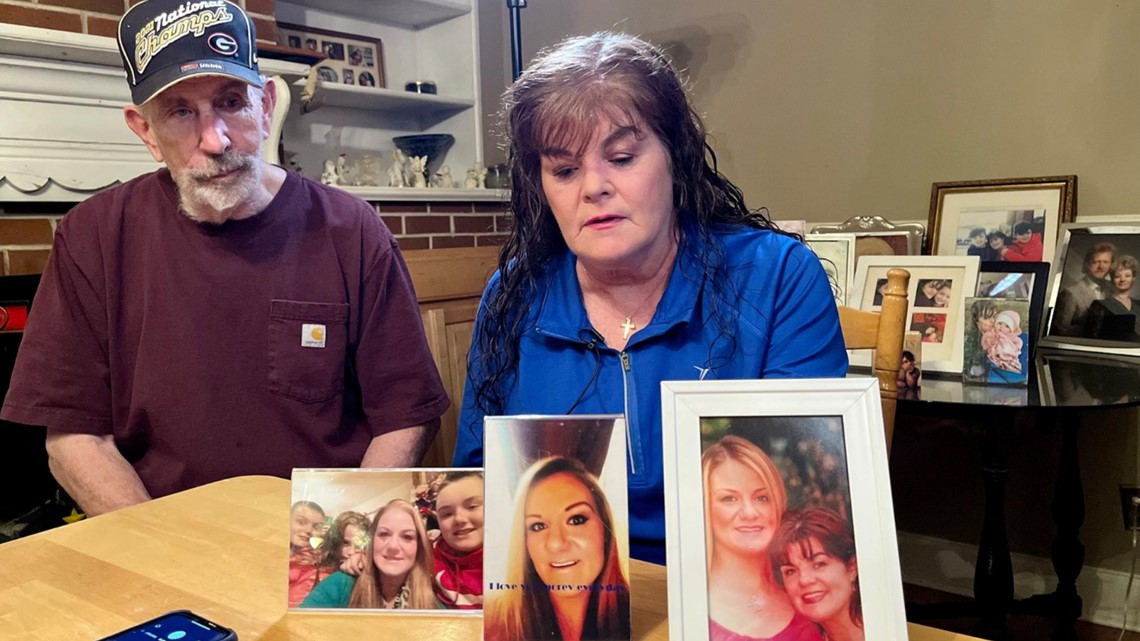 Cherish Brooke Rande, 38, was reported missing to the Hall County Sheriff’s Office by her mother on April 21. However, she lived in Barrow County.

BARROW COUNTY, Ga. — The Georgia Bureau of Investigation and the Barrow County Sheriff’s Office searched a property this week in Winder in connection to a missing persons case.

Cherish Brooke Rande, 38, was reported missing to the Hall County Sheriff’s Office by her mother on April 21. However, she lived in Flowery Branch which is in Barrow County.

Robyn West said she last heard from her daughter on April 15.

“I just don’t know what happened to her,” she said.

West said her daughter was living with her husband at a home on Amber Cove Way in Flowery Branch when she vanished. 11Alive’s Cody Alcorn stopped by the house and spoke with a woman who answered the door and said Rande’s husband was not home. The woman confirmed the last time they saw Rande was in April and said that she had ordered an Uber and left.

West said her daughter didn’t have a vehicle and her phone quit working.

“(Cherish) just walked away down the driveway without a phone, without a purse, she just disappeared, walked into thin air,” she recalled. West doesn’t believe her daughter is alive.

“I have no doubt she’s gone, I know she is, I can feel it from the depths of my soul she’s gone,” said West. “I want to put her to rest, I just want to find her.”

The Barrow County Sheriff’s Office said while they did a search of the property this week, it didn’t come up with anything substantial. West said it’s her understanding other properties were expected to be searched in the coming days and weeks as tips continue to come into investigators.

A $10,000 reward is being offered for information on Rande’s disappearance. Anyone with information is being asked to call the Hall County Sheriff’s Office at 770-297-4690.

While Rande’s case is being investigated by several agencies, another missing woman’s case was also brought up by West.

Brandi Louise Knight, who is 38 too, is also missing in Barrow County. She was last seen in Winder on Sept. 25. Law enforcement has not said if there’s a connection between the two cases but West said she has heard Knight’s name mentioned when people talk about her daughter’s case.