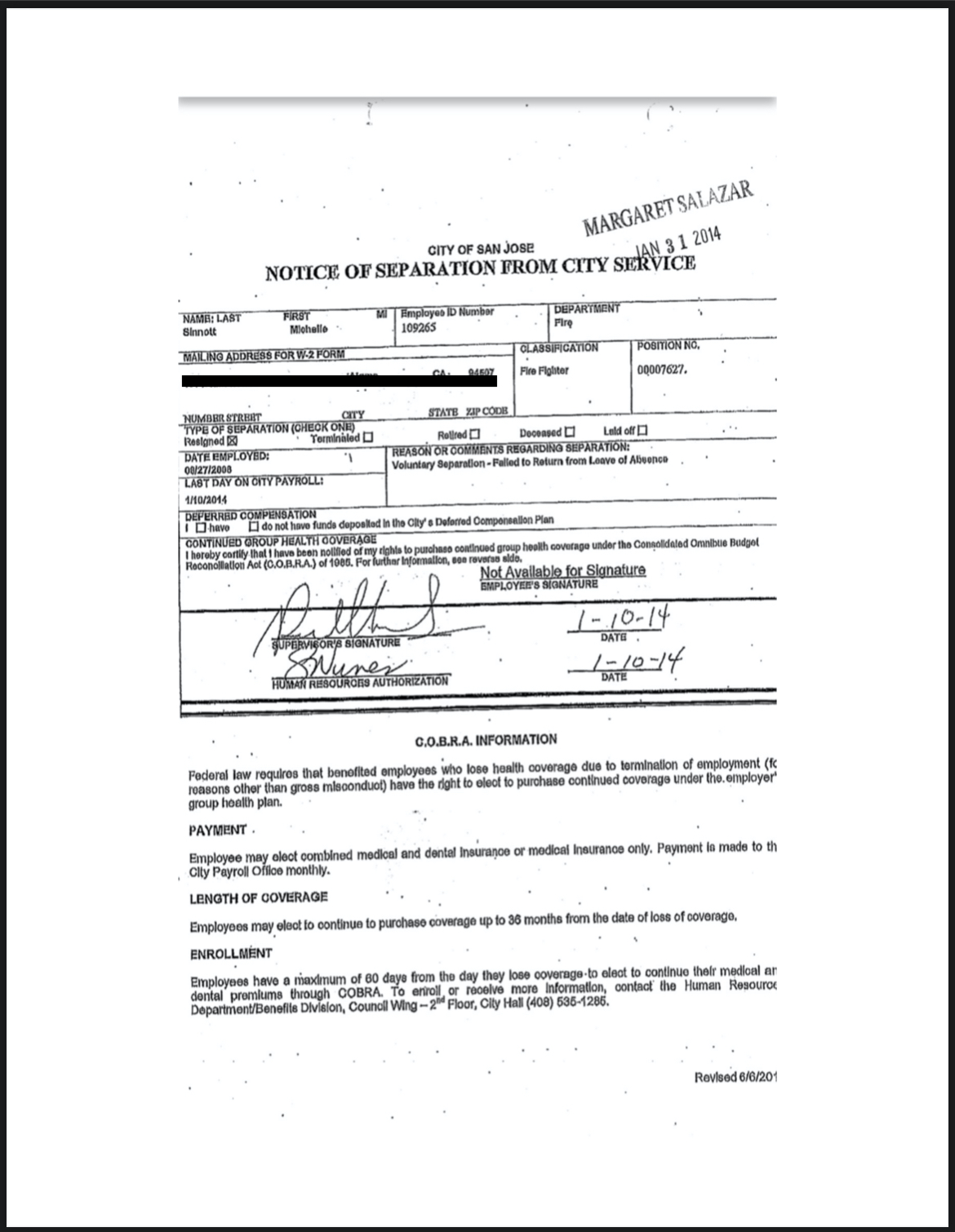 But that was a long time ago. Now it should be “don’t trust until you verify.”

There is a campaign to discredit newly-elected San Ramon Valley Unified School District trustee Jesse vanZee. One of vanZee’s competitors, Michelle Petersen, claims he pulled “dirty tricks” that cost her the election.

It’s heavy on intrigue, but light on facts.

Maybe Petersen sought out a reporter who would not ask questions — or for evidence — because she is running for another office and needs to save face. Maybe she did it to distract people from the fact that she made a false claim during her campaign about being a retired firefighter.

What is certain is that judgments are being made about vanZee based on one-sided reporting and subsequent sharing of the unverified information.

Like many others, we received an email from a group called “East Bay Educators” on Nov. 3 stating Petersen put “Retired firefighter” as her ballot designation when she had actually resigned. They went on to say Petersen resigned before she was fired from her position at the San Jose Fire Department because of a fraudulent disability claim.

Instead of posting it, we called the candidate and asked about the allegation. She didn’t deny it, only said she would answer our questions after the election. After the election it was a moot point. So we thought.

It was a moot point until Petersen lost to vanZee by a couple hundred votes in the final tally and then claimed vanZee was behind the EBE email.

The fact is that Petersen was not truthful with her ballot designation. She did, in fact, resign from the SJFD; she did not retire. We now have documentation that shows the “resigned” box checked, not “retired,” which was an option. And she did change her website to say she is a former SJFD employee as opposed to retired after EBE brought this to light.

This is not a minor mistake. The Secretary of State takes ballot designations seriously. There is a section in the Elections Code for Ballot Designations and there are specific references to when and how a candidate can use the word “retired”.

We don’t know the circumstances behind her resignation. Those personnel documents, which the EBE email sender said they had, would have to be obtained with Petersen’s permission or leaked. (She never publicly denied it, though.)

I reached out to Petersen with questions such as why she thought vanZee was behind the EBE group and email and what evidence she has; whether it could have been the San Ramon Valley Educators Association (SRVEA) teachers’ union, which backed her other opponent, Pandell; why she didn’t answer our questions on Nov. 3; and if she would share documents pertaining to the reasons she resigned from SJFD.

She said she would be unable to answer my questions because it was her birthday and she was leaving the following day to visit a close relative in another state who is very ill. She wrote, “During this time, I am focused on spending time with my family and I hope you can understand this.”

vanZee did respond to me. Keep in mind what he says should be taken with as much weight and certainty of honesty as Petersen’s, regardless of whether you agree with his views.

He wrote, “I am not associated with East Bay Educators, and I never put out any information from them … I replied to the original email on November 4th, asking them if they had any proof of these claims. I also asked them if they were associated with a teacher’s union. I never received a response.”

“Unfortunately, no one knew if these claims were valid, and Mrs. Petersen never corrected the claims. However, within a few days of all three candidates receiving this email, screenshots started circulating online from Mrs. Petersen’s campaign website showing that she had replaced the term ‘retired firefighter’ with the phrase ‘former firefighter’ in her bio. At that point, folks on social media treated this change on Mrs. Petersen’s website as an acknowledgment that at least part of the claim was genuine.”

He added, “Several people at this point said that I should comment on these claims and use them in my campaign. I never did.”

I have an alternate theory on why Petersen was the leader until the final tally.

In a few close Tri-Valley elections this November, there was a trend. When the first results were released — ones from mail-in and drop-box ballots — one candidate would be in the lead. As more mail-in ballots came in, the lead (in most, but not all races) would increase. But when the final results — ones from Election Day — were released, another candidate took the lead.

vanZee ran on a platform of parental involvement and focusing more on academics than social issues like gender — a school of thought (pun intended) considered more conservative. Most hard-line conservatives I know vote at the polls because they don’t trust drop boxes or mail-in ballots. Could it be that voters who went to the polls on election day made the difference?

Just because we don’t immediately cover something doesn’t make us biased. It makes us responsible.

It’s disheartening that so many passed along the information and passed judgment without thinking about what was missing from the stories — facts and evidence.*

Sharing information without first asking questions, verifying the information and the like perpetuates disinformation and further divides our community. We have plenty of outside sources of contention and don’t need infighting too.

* Poynter Institute, a well-respected a non-profit journalism school and research organization, has a number of resources related to becoming a “critical consumer” of content.