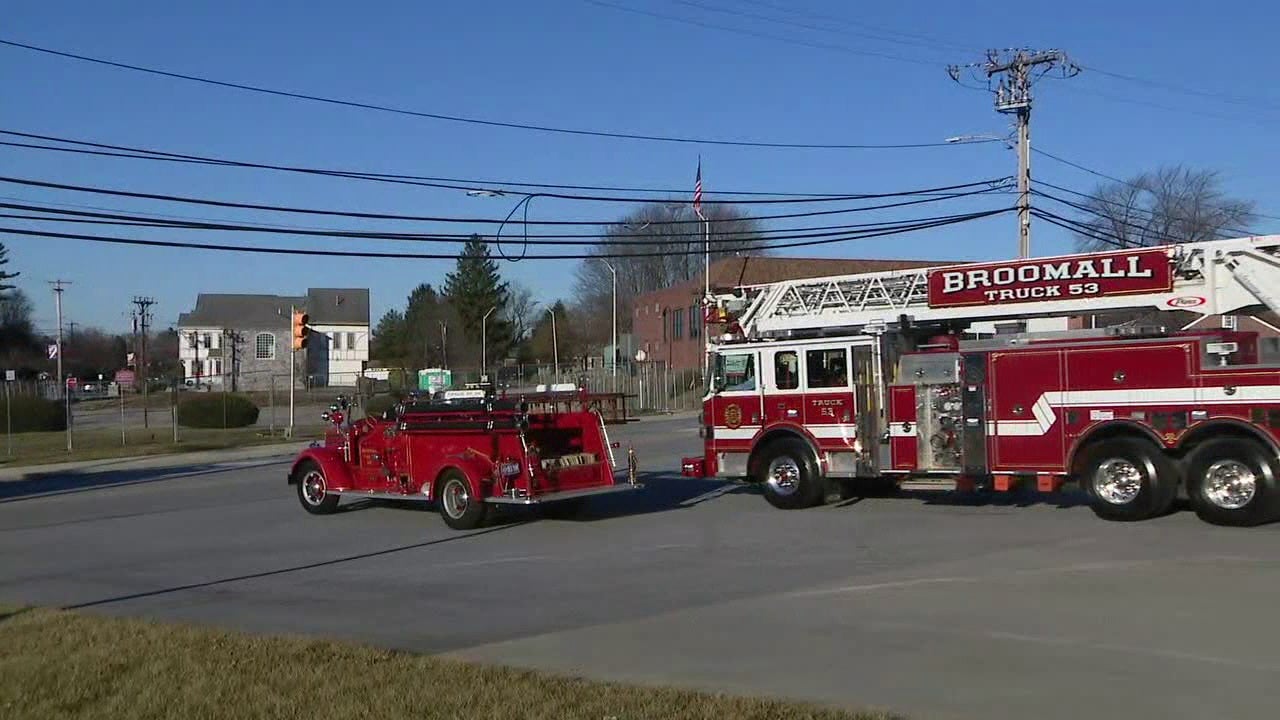 A Delaware County fire company celebrates a huge milestone as they mark 100 years of protecting their community.

BROOMALL, Pa. – Twenty-six original members met in Marple Township in January a century ago and make the executive decision that fire protection was needed in the community.

The longevity of the department isn’t its only notable distinction. It’s also only ever been filled with strictly volunteers for its entire existence.

Jim Capuzzi is the president of the Broomall Fire Company and has volunteered over three decades.

“Tradition and history are a real important aspect of the fire service and we want to continue that at Broomall as a 100 percent volunteer fire company,” Capuzzi said.

On the 100th anniversary of its founding, friends and family members in the community came out to show their support. A special church service was held along with a procession.

Paul Liotta is a volunteer firefighter with the company for 35 years. He says it’s a special place and one that serves as a second family for most of its members.

“It’s a brotherhood and it’s tough to get into it and earn your rank, but once you do, you find out it’s very rewarding,” Liotta remarked.

About 60 members run the company, with about half of that considered hard core volunteers, according to Liotta. He says, it’s definitely a commitment. “It’s a lot of commitment, because a lot of young guys have families and young kids and it pulls them away from parties and Christmas and New Year’s and stuff like that. So, the support from the spouses is tremendous.”