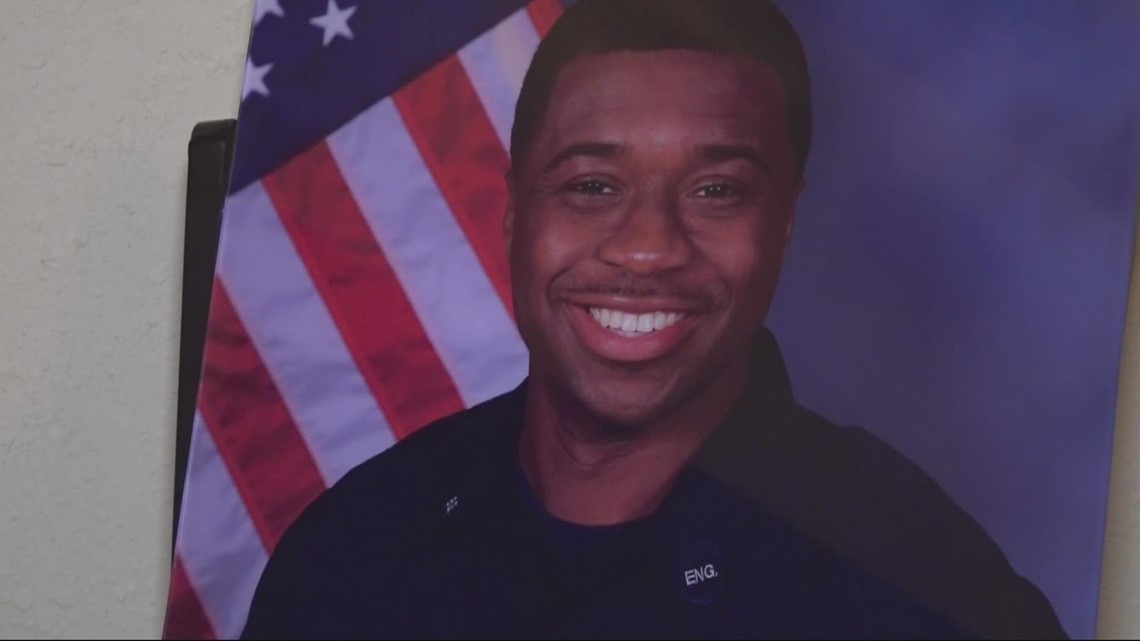 Michael Freeland, 36, will be honored this weekend by the National Fallen Firefighters Foundation. He died in the line of duty November 2021.

JACKSONVILLE, Fla. — Three Jacksonville firefighters who died in the line of duty are being honored in Emmitsburg, Maryland this weekend.

Autopsy results showed he died of a brain hemorrhage. He was 36 years old.

His sister says this weekend’s memorial will be heartwarming.

“God is our strength, family, friends and loved ones are just helping so much with that process,” said Lauryn Feacher, Freeland’s sister.

They are a spiritual family, relying on their faith to get them through the tough times.

“He was my bestfriend and he was like a second dad and he was a confidant because I called him pretty much any and everything,” said Feacher.

He died in the line of duty in November while trying to save a woman from a crashed UHAUL.

Lauryn and her mom, dad and other family members are going to Maryland to witness Freeland’s induction into the National Fallen Firefighters Foundation.

Mario Moya and Thomas Barber also died in the line of duty last year as JFRD firemen. They, too, will be honored.

“I’m really looking forward to meeting other families that are also dealing with this same loss of losing someone, a member of the family who was a fire fighter,” said Feacher.

There will be candlelight vigils, a red helmet ride and a time for families to reflect.

Lauryn calls it a much needed weekend to remember her brother and best friend.