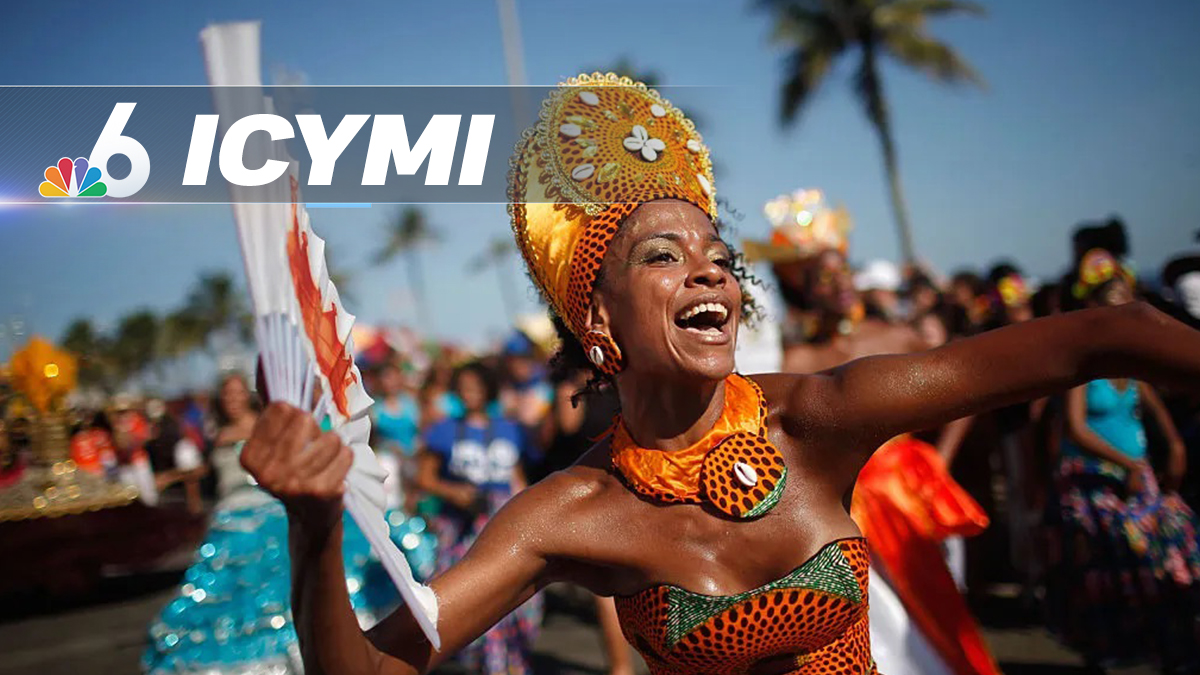 Here are some of the top stories from the past week from NBC 6 News:

For more than three decades, revelers have flocked to South Florida to experience Miami Carnival.

The event spans across Indigenous Peoples Day Weekend with various festivities each day. Organizers say each year it gets bigger and better.

According to Hill, Miami’s Carnival began as a small street parade in Miami Gardens in 1984.

“In the mid 1980’s, the Caribbean immigrant community was just coming into its own,” said Hill. “That’s well over 37 years ago, so the Carnival has grown significantly.”

After the Immigration and Naturalization Act of 1965, immigration from the Caribbean grew significantly. The largest populations are now in New York, New England and South Florida.

“They brought their culture with them,” said Hill. “One of the main cultural traditions they brought with them was Carnival.”

The parents of a 14-year-old Missouri boy who was killed while riding a 430-foot drop-tower ride at a Florida amusement park are speaking out. NBC 6’s Willard Shepard reports

A towering amusement ride in central Florida’s tourism district where a Missouri teen fell to his death will be taken down because of the accident, the owner said Thursday.

The decision to remove the more than 400-foot Free Fall ride which opened last December in Orlando’s International Drive district was directly linked to the death of 14-year-old Tyre Sampson last March, the owner, Orlando Slingshot, said in a statement.

Sampson, who lived near St. Louis, Missouri, was visiting Orlando during spring break when he died from the fall. The company also said it planned to create a scholarship in the teen’s name.

An autopsy showed that Tyre Sampson suffered numerous broken bones and internal injuries in the fall, which was ruled an accidental death. It showed Sampson weighed 383 pounds, well above the ride manual’s weight limit of 287 pounds.

The South Florida skies are set to light up with a full Hunter’s moon, visible planets and meteor showers in October

Star gazing will give you more reasons to look up during the month of October. There will be several visible planets in the early evenings, a few meteor showers and a full moon, or “Hunter’s Moon.”

Weather permitting, here’s a breakdown of the celestial events you can expect to see from South Florida.

Samantha Montero and her abuela, Miriam Palomino, are bringing the flavor in the kitchen, and just like their Cuban cooking, their personalities are anything but bland. NBC 6’s Amanda Plasencia has the details.

Samantha Montero and her abuela, Miriam Palomino, are bringing the flavor in the kitchen, and just like their Cuban cooking, their personalities are anything but bland.

Montero grew up eating her grandmother’s delicious Cuban cooking every Saturday and wanted to learn the recipes herself.

“I always loved the food and I said I need to learn how to make it,” Montero, a Miami native, said. “This is like a living heirloom of our family being able to cook and pass down because my mom also learned from her.”

In Spanish, Palomino described how her granddaughter always praised her dishes so they decided to film her Cuban creations on camera.

Instead of traditional paper recipes, Montero wanted to preserve her grandmother’s recipes online by posting their culinary adventures on her YouTube channel, SamazingTravels.

A Florida man used his experience as a former rescue diver and police officer to rescue his mother when the storm surge from Hurricane Ian overtook her home. NBC 6’s Jamie Guirola reports

‘We Didn’t Have Much Time’: Naples Man Saves Mom From Rapid Flooding After Ian

A Florida man used his experience as a former rescue diver and police officer to rescue his mother when the storm surge from Hurricane Ian overtook her home.

Johnny Lauder had to push through the floodwaters to save his 84-year-old disabled mother, who was alone and stranded in her Naples apartment.

“We’re looking at four feet of water, and I had to swim forever,” Lauder says in a video he filmed as he navigated through the water.

“She said the water was her at her ankle, then it was at the bottom of her chair, and when the water was at her belly button, I knew that was it,” Lauder recalled. “We didn’t have much time.”

Fireman Derek is known for his desserts, especially his pies. See how the former Miami firefighter became a world-famous baker with three shops in South Florida.

Derek Kaplan has had a passion for baking since the age of 15, but he never imagined that his side hustle would turn into a staple in the Wynwood dessert scene.

Known by many as Fireman Derek, Kaplan opened his first bake shop in 2014. Eight years later, Fireman Derek’s has customers traveling to Miami from across the country for a taste of their one-of-a-kind pies.

Kaplan taught himself how to bake as a teenager by cooking everything from scratch with fresh ingredients. One of the first pies that he taught himself to make was key lime, which is still one of his favorites to eat and make to this day.