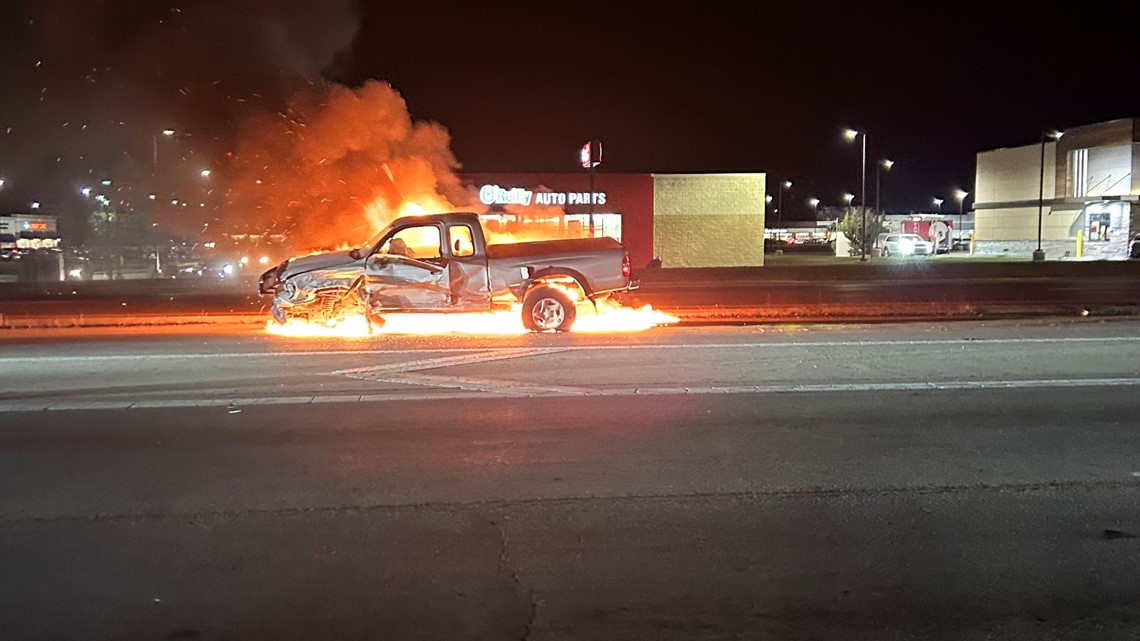 The off-duty firefighter and the bystanders were able to pull the man out of the burning truck and stay with him until on-duty EMTs arrived.

COLUMBUS, Ohio — On Andrew Morales’ day off from fighting fires for Whitehall, he took his daughter out to eat at the Roosters off Highway 23 in Circleville.

But, as they were about to leave, he saw the aftermath of a very serious crash.

“On the way out, [I] saw a fireball in the air, didn’t see the accident. Saw it roll to the stop,” said Morales.

“I did not think twice, you just kind of go and do what you can do. Your oath you take, you help if you can help,” Morales explained.

He didn’t have his gear or any tools, but he and a few others ran toward the burning car.

“I would imagine it would have been pretty bad. He didn’t have a lot of deliberative movement. The door was pinned from the accident. He was in a bad way,” Morales said.

Whether he was at work at the Whitehall Division of Fire or enjoying a day off, Morales knew he needed to jump into action to help save a life.

“He probably would have perished there. There were a lot of other people who helped. He was very lucky,” Morales explained.

The off-duty firefighter and the bystanders were able to pull the man out of the burning truck and stay with him until on-duty EMTs arrived.

“I feel like you are in the right spot if you can help,” Morales said.

Word of his good deed spread quickly with his colleagues back at the firehouse.

“[They] jokingly called me their hero. They are proud,” Morales said.