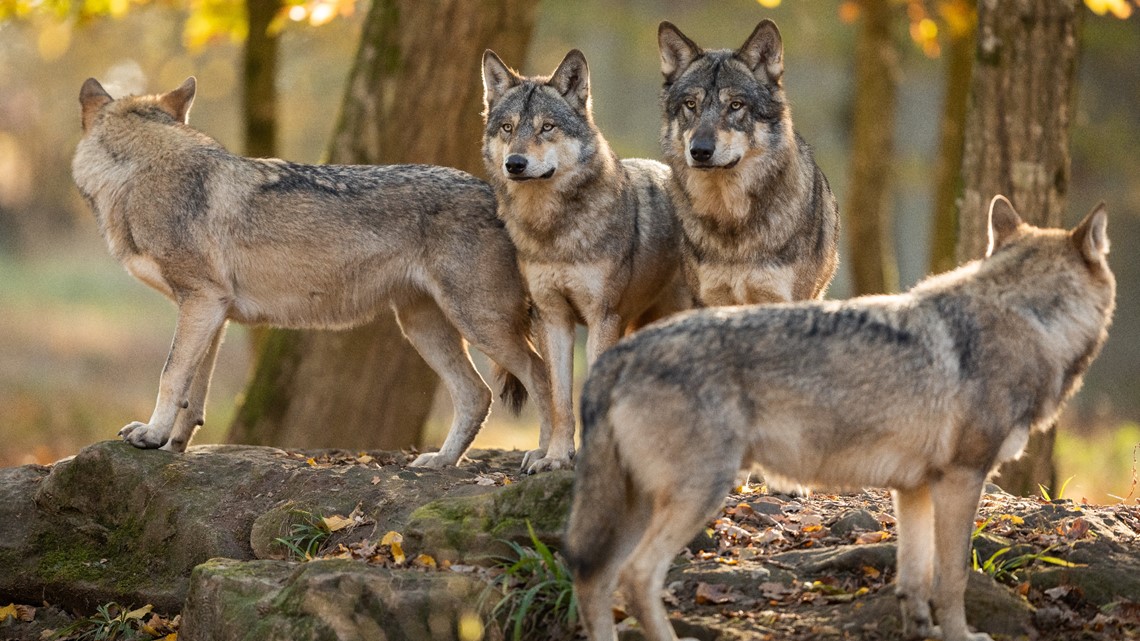 Anyone with information about the poisoned wolves is asked to report it confidentially to WDFW’s poaching hotline at (877) 933-9847, or by texting a tip to 847411.

STEVENS COUNTY, Wash. — Washington Department of Fish and Wildlife (WDFW) agencies are offering monetary rewards of more than $51,000 to anybody that provides information about the illegal killing of six Gray wolves that were poisoned in Stevens County.

According to a statement by the WDFW, over the past seven months, law enforcement have been investigating the death of six wolves in the Wedge pack territory in Stevens County. After law enforcement got a toxicology test, results revealed all six wolves died from ingesting poison.

The investigation first began in February of this year when WDFW investigators found four dead wolves in late February, and within a month they found two more.

Last month, biologists working for the state of Washington killed two members of the Leadpoint wolf in an effort to stop the pack from preying on cattle in Stevens County. Agency Director Kelly Susewind authorized the killing of up to two members of the pack. The Leadpoint wolf pack has a minimum count of nine wolves and was considered a successful breeding pair in 2020.

The investigation in the poisonings of the six Wedge pack wolves is ongoing. WDFW is asking anyone who might have relevant information to the poisonings of these wolves to report it confidentially by calling WDFW’s poaching hotline at (877) 933-9847, or by texting a tip to 847411.

The following organizations are offering rewards totaling $51,400 for information that leads to a conviction in the poisoning case of Stevens County wolves:

HOW TO ADD THE KREM+ APP TO YOUR STREAMING DEVICE

ROKU: add the channel from the ROKU store or by searching for KREM in the Channel Store.

Fire TV: search for “KREM” to find the free app to add to your account. Another option for Fire TV is to have the app delivered directly to your Fire TV through Amazon.

To report a typo or grammatical error, please email webspokane@krem.com.