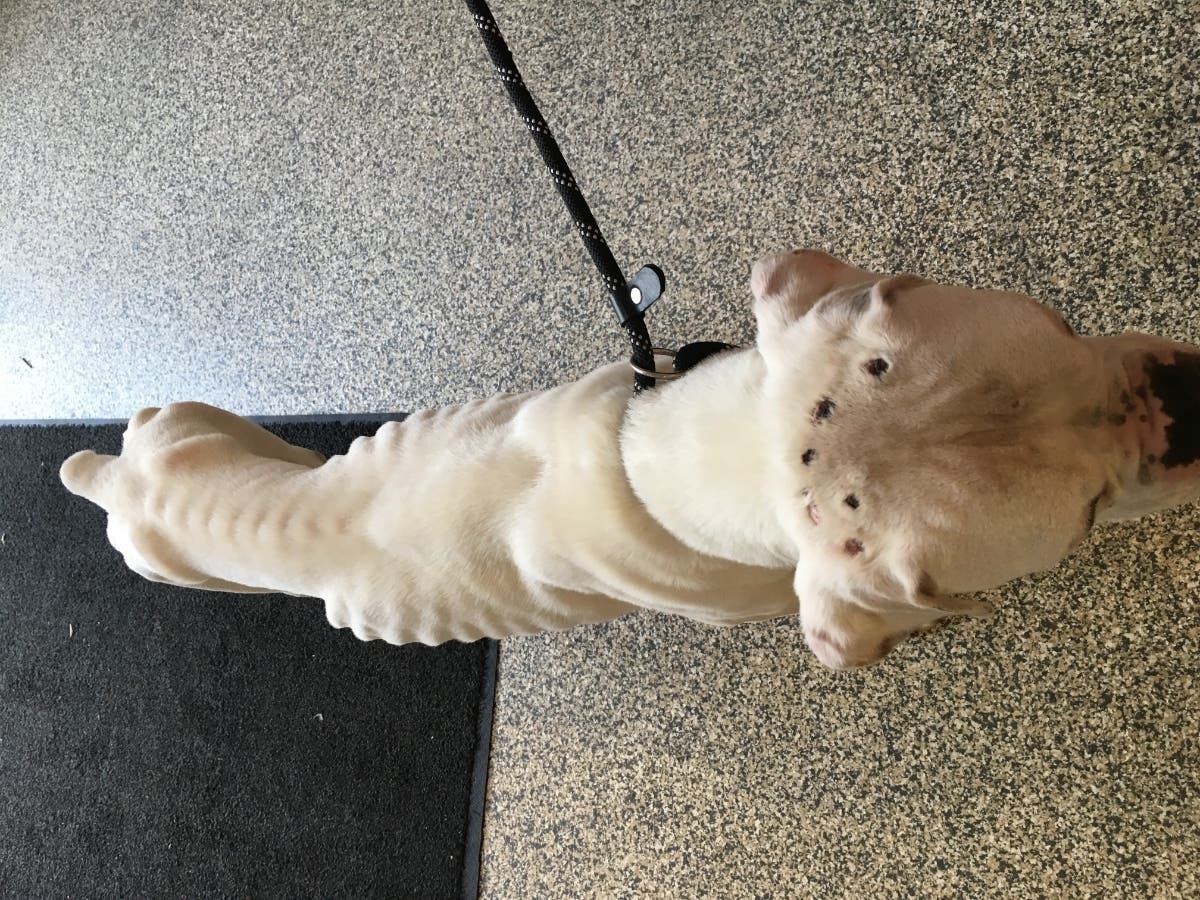 VALLEY STREAM, NY — The Nassau County District Attorney’s Office and the Nassau County SPCA are offering a reward for information that leads to the arrest and conviction of the person who abandoned a malnourished and burned dog in Valley Stream. Around 5 p.m. on Jan. 10, a white male boxer mix now named Chester was found in a yard on Princeton Street in Valley Stream. The dog was emaciated and had several burn marks on the top of his head.

The person who found the dog brought the animal to Central Veterinary Associates in Valley Stream, which referred the case to the Town of Hempstead Animal Shelter. Following an examination, veterinarians at the shelter determined the dog was not suffering from any medical conditions that would cause weight loss and that the burns on the top of its head were likely from cigarettes.

“This innocent animal suffered needlessly, and we need to get justice for Chester,” said Nassau County District Attorney Madeline Singas said. “I’m grateful to the Nassau County SPCA for offering this $5,000 reward to help us find and prosecute whoever starved and burned this poor dog.”

The area in which the dog was found is near the Queens County line and several main thoroughfares, such as Cross Island Parkway, Merrick Road and Sunrise Parkway, which officials said indicate the dog may have been abandoned by a passing commuter.

Nassau County SPCA President Gary Rogers said, “Burning an animal with cigarettes and starving it to the point of emaciation is a clear sign of neglect and abuse. I am grateful to the Nassau County DA and committed to finding whoever did this to Chester.”

Chester is being temporarily cared for by foster owners.