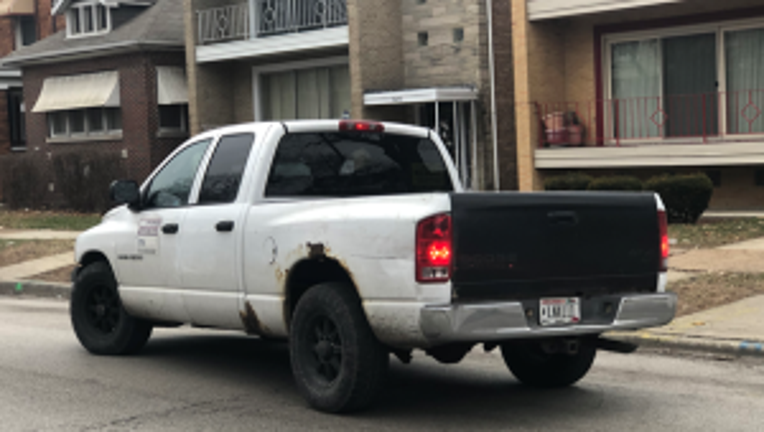 CHICAGO – Police are looking for the driver of a pickup truck that hit a woman as she crossed the street earlier this week in Park Manor on the South Side.

The 58-year-old was walking across the street about 9:20 a.m. Wednesday in the 7400 block of South King Drive when the truck hit her, according to Chicago police.

The woman was taken to Jackson Park Hospital in good condition, police said.

The truck drove off after hitting the woman and was last seen about 5:15 p.m. the same day turning northbound in the west alley of King from 79th Street, police said. It was described as a white, four-door 2002 Dodge Ram 1500 with a quad cab and a black tailgate.

The Cook County Commissioner Sean Morrison and community activist Andrew Holmes have each offered a $2,000 reward for information leading to the arrest of the person driving this vehicle.