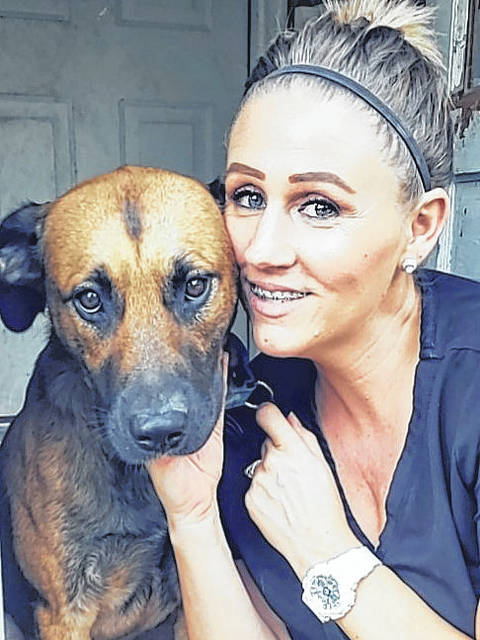 EAST LAURINBURG — “A lot of people just don’t understand how attached you can become with a dog … it’s an important part of the family.”

That’s how Jenny Douglas feels about Jax, her 15-month-old German Shepard/Lab mix. And since Jan. 12, Jax has been missing from home, leaving behind a gaping hole in the family.

“It was a rainy Sunday morning, and I needed to take him outside,” Douglas recounted. “While I was trying to hold his leash and fumbling with an umbrella at 5:30, I somehow let go of the leash — and in a flash he was gone.

“He just vanished,” she added.

Jax was born in October 2018, barely a few weeks after Hurricane Florence blew through the region, and belonged to friends of Douglas. At the time, Douglas’ youngest son, now 12, was “dying to get one of the puppies” and, a handful of weeks later, they brought Jax to his new East Laurinburg home.

For more than a year, Jax and his adoptive family have bonded completely — which has made the past couple of weeks even harder.

“We’re all just heartbroke over losing him,” Douglas said. “He was such a sweet addition to the family.”

That feeling is evident to others, including Beverly Scott, one of Douglas’ friends.

“(Jenny) is just sick to death about this,” said Scott, who has been searching for the dog in her free time. “This dog really means a lot to this family.”

Word of Jax’s disappearance has circulated throughout the region on Facebook, Instagram, Snapchat, One Man’s Junk, Lost & Found Pets of Scotland County and North Carolina, fliers posted and by word of mouth.

“I’ve had a lot of people ask me about Jax — and a few people have said they think they saw a dog that looked like Jax … but it wasn’t,” Douglas said.

“I just want to know what happened,” she added. “Not knowing is just killing us.”

At the time he disappeared, Jax was wearing a Carolina blue collar with white dog bones on it. His coloring is primarily brown with areas of black around his ears, muzzle and body.

“Somebody may have him or he may be gone,” Douglas said, “but I just want to make sure I’ve done everything I can do to try and get him back.”