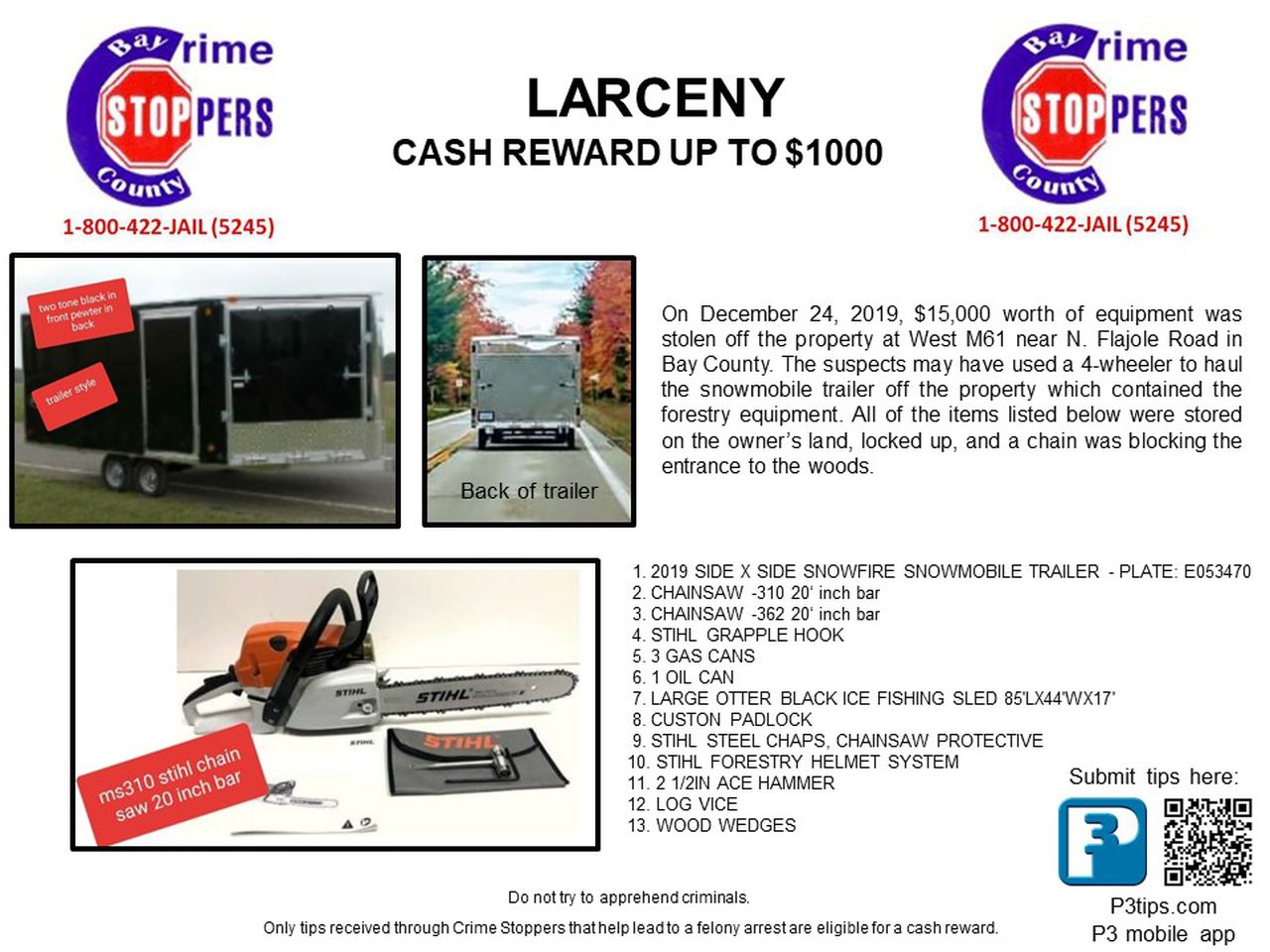 BAY CITY, MI — A reward has been offered for information on a Christmas Eve burglary that resulted in forestry equipment and a trailer valued at a total of $15,000 being stolen in Bay County.

On Dec. 24, a suspect or suspects stole the following items from a residential property on M-61 near North Flajole Road in rural Gibson Township:

The perpetrators may have used a four-wheeler to haul the snowmobile trailer from the property. The trailer contained the other items.

CrimeStoppers of Bay County is offering a reward of up to $1,000 for information leading to the arrests and convictions of the thieves. Tipsters can remain anonymous by calling 1-800-422-5245.