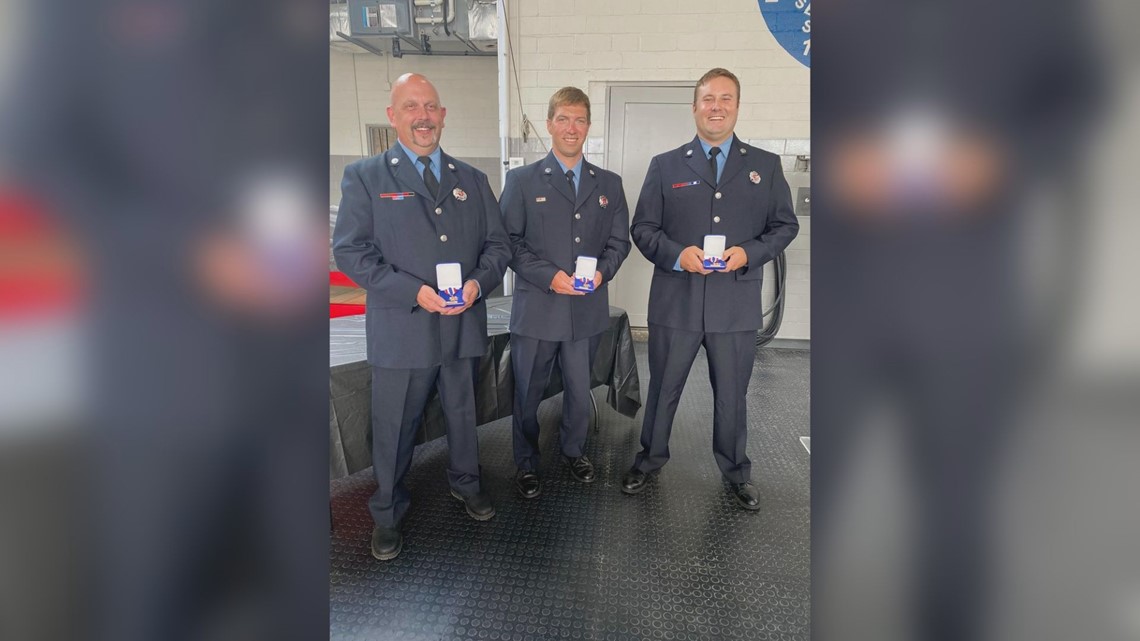 TIFFIN, Ohio — On Tuesday, the Tiffin City Fire Department did something it had never done in the department’s 130-year history: three Medals of Honor were given to firefighters Matt Gebauer, Josh Majors and Brian Hunt for saving two lives from a burning building in 2021.

“It’s humbling, but I also feel like it’s part of our job anyways,” Hunt said.

The three were working the morning of April 17, 2021, when the call came in. The Burwell Building on 98 S. Washington St. was on fire.

“Heard the call and immediately went,” Hunt said. “It was close by the station so we knew right where it was at. Tried to get responding right away.”

Two residents were trapped inside. WTOL 11 received a copy of the calls made to dispatch from someone inside the building, detailing the moments they were saved.

Hunt said he doesn’t feel like a hero. He said being one of the first firefighters to get a Medal of Honor from the department doesn’t change the way he looks at work.

“It motivates me to continue doing great things like that,” he said. But also at the same time, you hope you don’t have to do that.”

Gebauer and Majors agreed with Hunt. They were just doing their job.

Tiffin City Fire Chief Rob Chappell, however, said the three are the true definition of a hero.

“The three of them worked together, as well as with other personnel around them to affect these rescues,” Chappell said. “They really embody what makes us proud to say that we are Tiffin Fire and Rescue Division.”

Chappell said the Burwell Building is currently in the process of being repaired.