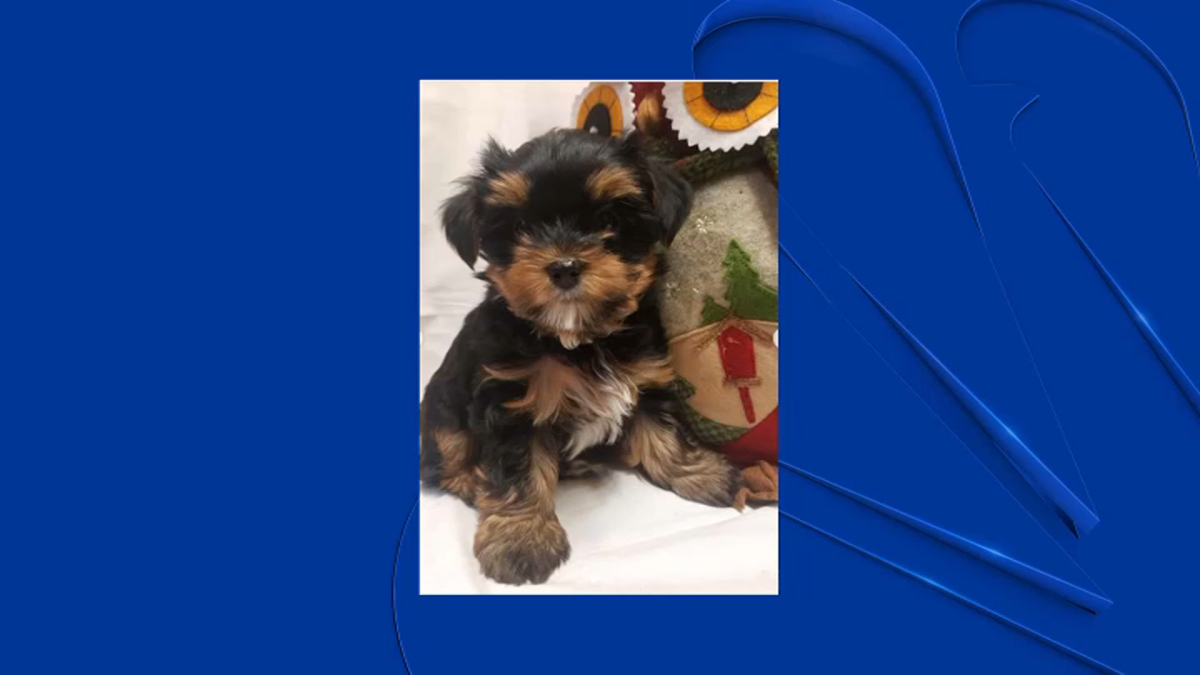 A Yorkie was stolen in Emeryville early Thursday while an Arizona woman and her family was in town for a trip.

The pup’s name is Blue and he was taken while his owner Peggy Boze was unloading her bags at Sonesta Hotel at 1:30 a.m.

“If they take him to a fire station police station, no questions asked, just give me my dog. I’ll pay a reward if I can get him back,” she said. “Blue’s been with us on every excursion we’ve gone. He’s like our kid.”

Boze told NBC Bay Area Thursday that she and her family had made it to the Bay Area after driving from Arizona one day after burying her dad, a blind, military veteran, who served this country for 35 years. Blue was his dog.

“We had almost everything unloaded, my aunt Karen said ‘hey, give us our bag,” Boze said.

They said that someone started walking away with a piece of luggage. Everyone started jumping in to try and stop him.

“He started pulling his right pocket, we thought it was either a knife of a gun,” Boze said.

Then suddenly, the truck started moving with Blue inside with another person behind the wheel.

“He punches it in my truck, I said ‘please, just give me my dog, keep the truck,” Boze said.

Boze’s cellphone was inside her truck. She was able to track its location through her apple watch. Police found it a short time later with the engine running on Peralta and Haven Street in Oakland.

But Blue was gone, the thieves also got away with Boze’s 38-special.

“He’s six pounds, he does have anxiety. He’s always looking for nana or his mom,” she said

The ladies said they will only be able to stay in the Bay Area until Saturday.

Police are searching encampments for Blue. Meanwhile, the family is devastated, not only are they mourning the death of a loved one, but they also don’t have Blue.

“Blue’s everything. He’s our last connection to dad,” Boze said.

The Emeryville Police Department said on social media Thursday that they believe the suspect may have been armed at the time of the incident.

Anyone who has any information or know about Blue’s whereabouts are urged to contact Emeryville police at ‪(510) 596-3700‬.

Editor’s note: We incorrectly reported in our original story that the dog was stolen at gunpoint. It has since been corrected.