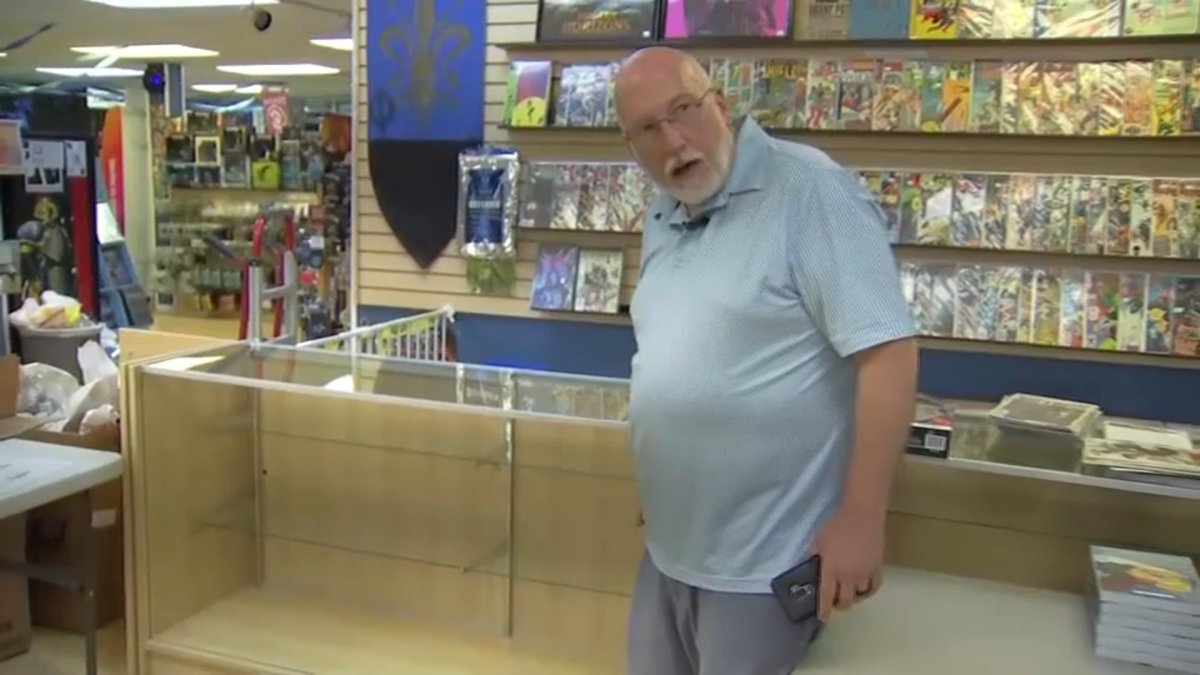 Someone stole an estimated tens of thousands of dollars’ worth of comic books from a store in Falls Church, Virginia, police said.

A patrol unit responded to a call from the 500 block of S. Washington Street about 6:45 a.m. Tuesday and discovered Victory Comics’ front door shattered, Falls Church police said. The owner was notified and went to the store.

He estimated at least $40,000 worth of comic books was stolen, police said.

The robbers took rare vintage comic books like the first issue of the X-Men from the early 1960s, key comics that served as source material for the Marvel movies such as the eighth issue of Avengers, and books from the 1940s and the World War II era, said Jeff Weaver, Victory Comics’ founder and president.

The estimate of the stolen material has increased to around $75,000 to $100,000, Weaver said, but police did not confirm the new estimate.

“Clearly you feel violated, and it’s not just a personal violation,” Weaver said. “But Victory Comics serves a community of hundreds of people in the local area, and it really was an attack on that community by hurting the viability of the store they love.”

The owner said they are offering a $2,500 reward for any information leading to the arrests of the robbers and another $2,500 for the recovery of the books.

“We just hope that somebody out there who knows where these books are will contact us and we can get the books back and go from there,” Weaver said.

Anyone with information should contact Falls Church police at 703-241-5053.