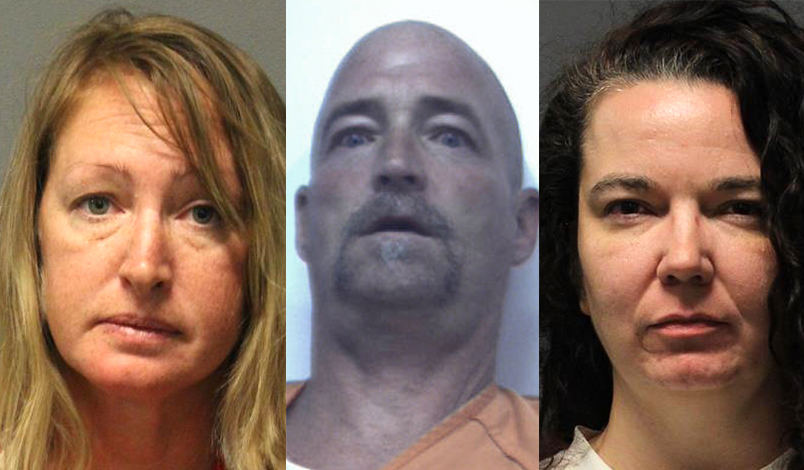 The Yavapai County Sheriff’s Office is asking for the public’s help in locating three people wanted on outstanding felony warrants in the Verde Valley and Sedona areas. There is a $500 reward offered in each case.

According to YCSO, 40-year-old Sarah Maria Distefano was operating a vehicle in the area of State Route 89A and Zalesky Road in Cottonwood when she was stopped by a county deputy for failing to drive in her lane. Upon evaluation, the deputy placed her under arrest for aggravated DUI as her license was suspended at the time. Distefano subsequently provided two breath samples of 0.285 and 0.288, more than three times over the legal limit.

Distefano is described as a white female, 5 feet 6 inches tall, 115 pounds, with blonde hair and green eyes with a tattoo on her ankle. Her last known address was on old Highway 14 in Buelah, Wyoming.

Distefano has a nationwide extraditable warrant with a bond of $50,000 for failing to appear on two counts of aggravated DUI.

Anyone providing information that leads to the arrest of Distefano could be eligible for a $500 reward. To provide information, call 1-800-932-3232 or submit a tip at yavapaisw.com.

Clarkdale police are asking for help in locating, John Gregory Lukasik. His last known address was in Cottonwood on South 18th Street. Lukasik is 59 years old. He is 6-feet, 4-inches tall and weighs about 210 pounds.

In 2010, Clarkdale police allege Lukasik took sexually explicit photographs and video recordings of two separate victims and displayed them on the internet on multiple sites. Most of the photos and recordings were taken without the victims’ consent and all were posted without the victims’ consent. He was also found in possession of marijuana, possessed the equipment for propagating marijuana, and possessing a firearm in the commission of a felony. In addition, Lukasik repeatedly harassed one of the victims, according to Clarkdale police.

Between November of 2014 and May of 2017, Cline was acting as a fiduciary for four different special needs clients. During this time, Cline transferred funds from her clients’ accounts to her personal account that were not owed to her, according to YCSO. The total loss to the clients was approximately $174,600. Cline continued to take funds from some of her clients even after they had passed, YCSO reported.

Cline is 41 years old, white 5 feet 8 inches, 130 pounds with brown hair and brown eyes. Her last known address was on Quail Ridge Lane in Sedona, but it is believed she has left the area.

If you provide any information that leads to Cline’s arrest, you could earn a $500 cash reward. To earn your reward, you must call Yavapai Silent Witness at 1-800-932-3232 or submit a tip a yavapaisw.com