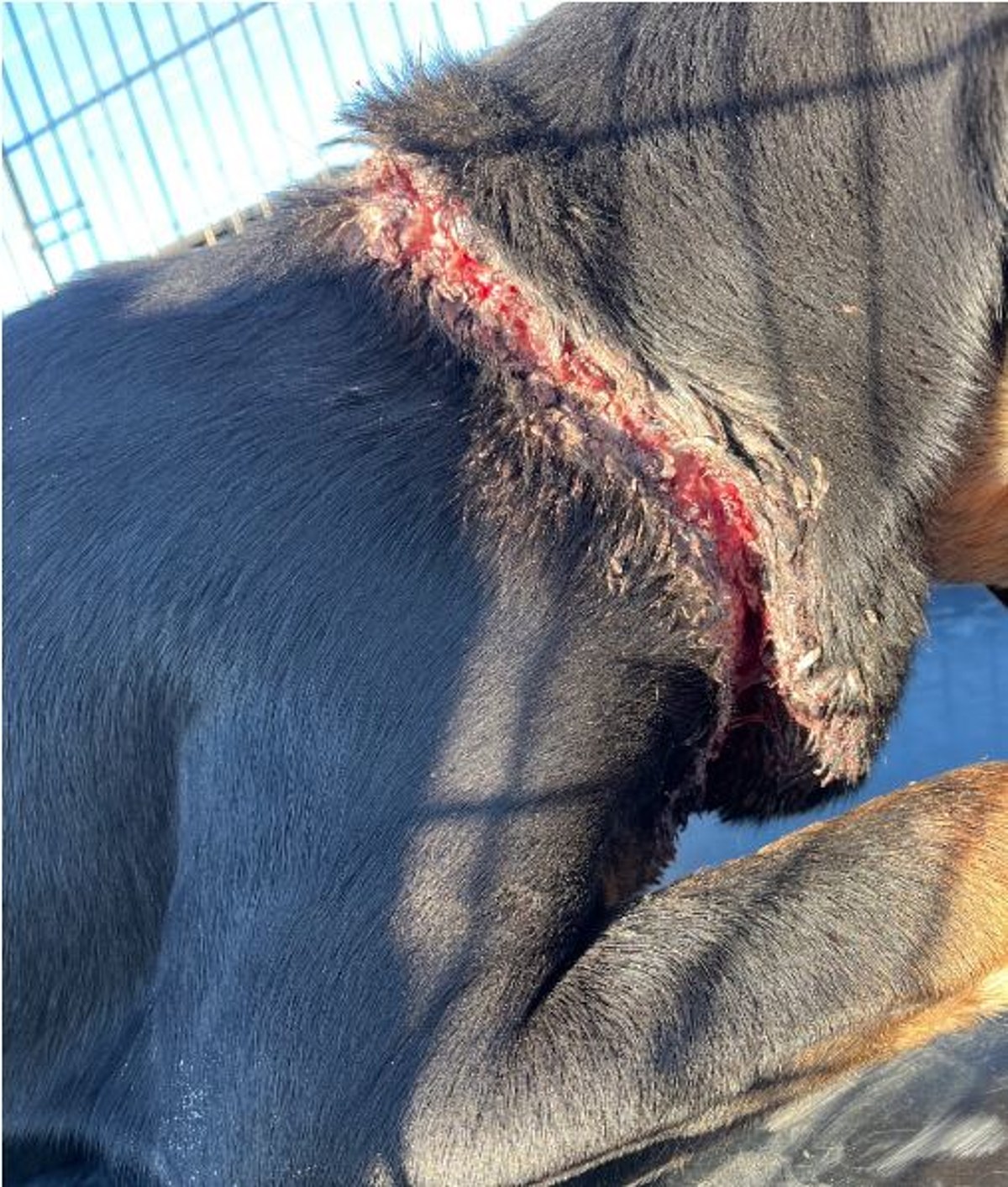 LAFAYETTE, La. (KPEL News) – A dog in Port Barre was rescued from his suffering over the Christmas holiday and his owner has been arrested on one count of Cruelty to Animals.

On Christmas Eve, a complaint of the alleged abuse and neglect was made to the St. Landry Parish Sheriff’s Office was forwarded to Animal Control Director Spencer Cornette. The dog was reported to have had no food or water and his collar was placed very tightly around his neck. According to a press release from St. Landry Parish Government, Cornette responded to where the dog was located and found him running at large on Limestone Road. He then took the dog to the animal control shelter and a veterinarian was brought in to provide instruction on how to take care of the dog until treatment became available last Monday.

What government and law officials found was that the dog had a severe laceration around his neck where a collar would have been located, where blood was found on the dog. That led detectives to obtain an arrest warrant for 52-year-old Jimmy J. Olivier, Jr., of Port Barre. He was arrested on Tuesday on one count of Cruelty to Animals because of not only the tight collar around the neck but also for not providing proper vet care. Olivier was booked into the St. Landry Parish Jail.

“We are not taking these offenses lightly,” says Parish President Jessie Bellard. “Our investigations department is fully prepared to enforce the animal control ordinances that are in place for our parish.”

If you have a complaint about animal cruelty, neglect, or any other animal-related crimes, call Animal Control at 337-948-6184.

Can Your Dog Eat This? Common Foods You Should Know About

What States Have a State Dog?

Here is a list of restaurants in Lafayette where your dog can join you for a bite to eat.